Samsung is one of the biggest smartphone manufacturing companies in the world. Every flagship device that they have built has been an example for other top Android smartphone manufacturers. They have never compromised on anything, be it choosing the powerful processor or going for exquisite materials.

Things may have gone south for them as they built an amazing Note 7 with a faulty battery which caused them to blow up. That was a huge blow for Samsung, but Samsung has another treat in their bags for us.

Samsung usually announces their S range in the first quarter of a financial year, but this year, because of what happened with the Note 7, Samsung is going to launch the Samsung Galaxy S8 a lot earlier.

Since we have got smiles on our faces, it’s time to look at this fantastic piece of art from Samsung and see what they are packing in it.

Best Display in the World

Samsung will launch two different screen sizes of the S8 just like Apple, 5 inches, and a 5.5-inch display. You will find a similar Quad HD resolution display in the Galaxy S8 5 inch device but the real deal is in the bigger version as Samsung is using a 4K display for the first time and this will be the first-ever 4K AMOLED display fitted to a smartphone. The South Korean company is planning to include the 4K display on the Galaxy S8 with a pixel resolution of 3840 x 2160.

You read that right; Samsung Galaxy S8 will be the fastest device of the year 2017. It will run on Snapdragon 830 processor which is said to be running on 10 cores.

This will be the first time Snapdragon will use a 10 core chipset, hence resulting in an excellent performance with super-efficient battery usage. If not a Snapdragon processor, then you can go for the Exynos 8890 processor which is built by Samsung only.

The company is set to use this processor in the bigger 5.5 inch variant as the Exynos processor will render the better 4K display.

Also, the processor of the Galaxy S8 is expected to manufacture with a 10nm process, and as per multiple sources, ARM has already started working on 10nm chipsets. All the current generation chipsets which are installed in the Galaxy Serie the smartphones are manufactured with a 14 nm process, and both Samsung and Qualcomm use ARM chipsets.

So it is most likely that Samsung Galaxy S8 will be powered by the latest 10nm Qualcomm Snapdragon 830 processor. The advantage of a 10nm processor is, it is stronger than the current generation chipsets as well as energy-efficient than these. Apart from that, the Snapdragon 830 chipset features Qualcomm’s X16 modem which is way quicker than the Galaxy S7’s X12 modem and can provide download speed up to 1GB per second.

Of course yes, the Camera again better than the iPhone. 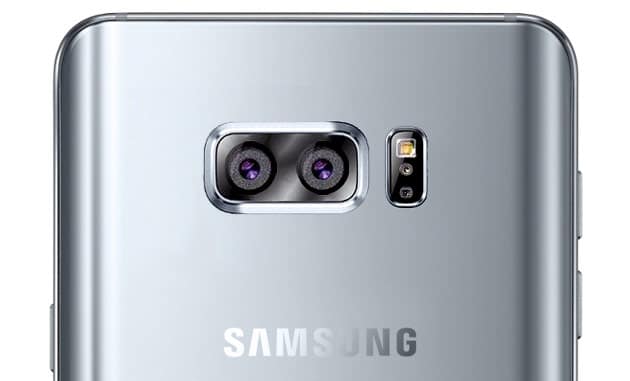 Samsung launched Galaxy S6 in the year 2015, and it was still behind the iPhone 6 regarding the camera. In 2016, Samsung changed everything in the camera of S7. In the Comparision of iPhone 6s and iPhone 7, S7’s camera is so good. This time, Samsung is going to compete with their camera from the S7.

Samsung Galaxy S8 will come with a 20 MP camera which will put not only iPhone but also the Galaxy S7 to shame. According to a report based on a Chinese website, the Galaxy S8 may come with a 12 and 13-megapixel dual-lens first Smartphone camera manufactured by Samsung Motors.

On the other hand, the smartphone is expected to feature an 8-megapixel front-facing snapper, which will be an upgrade from the current 5-megapixel front camera of the Samsung Galaxy S7.

Moreover, the Galaxy S8 will reportedly include a Smart Glow feature, which is a circular LED on its rear camera to notify the users of their various phone activities.

Samsung may have made a mistake in the form of Galaxy Note 7, but it is now safe to say that they are going to make up for that in the shape of the Galaxy S8