Android loves alphabets and I wonder what happens it runs out of all 26 alphabets? Will it take small alphabets? Whatever! We don’t have to worry about it this soon because we still got 10 more years to see that.

Android comes up with a new version every year naming it with a new alphabet-family. Following up the tradition Google has introduced the developer version of the next version of the most used mobile phone operating system, Android P.

To the fact that Google named it Android Pie.

Yes, Android Pie is not for all devices. Old devices that get customized android skins to provide their signature design will hardly receive this update.

Wait! Don’t leave. I have a good news for you. If you use any one of the following devices, you will get Android P update for sure.

SmartPhones That Will Get Android P v9.0 Update In 2018

Android One devices are the half-siblings of Pixel devices. Google provides pure stock operating system for third-party smartphone manufacturers with a label named, ‘Android One’. These devices also get timely Android updates directly from Google.

Samsung stands the best in innovation and creativity in its premium Galaxy devices but, it has a bad reputation for slow software updates.

LG got into a race with its V series smartphones. The following devices from LG would get Android P.

OnePlus has always been an A+ player in the industry with its trend-defying prices on the flagships since OnePlus One. The following devices from OnePlus would get Android P update:

If OnePlus released OnePlus 6 in this year itself, it can also be counted into the list.

Xiaomi slowly grabbed the premium market with its almost halved prices on flagship smartphone just like OnePlus. Xiaomi also actually takes a lot of time to update their devices with the latest software.

When it happens, it cares about its premium and budget devices as well. As Redmi Note 5 and Note 5 Pro comes with Project Treble enabled, the possibility of getting Android P on most of the devices has increased.

Motorola maintains a close to stock android software which makes it easy to update faster than any other device. The following devices have a greater chance to get Android P.

Here is the full list of Asus phones from 2017 and 2018 eligible for Android Pie.

Most of the smartphone manufacturers will make sure that you get the latest software by looking at the competition in the market today. If your phone is not getting OTA update, there might be only two reasons.

Do not root your phone if you are expecting an OTA software update and in the same way, do not expect to get updates for custom ROMs. 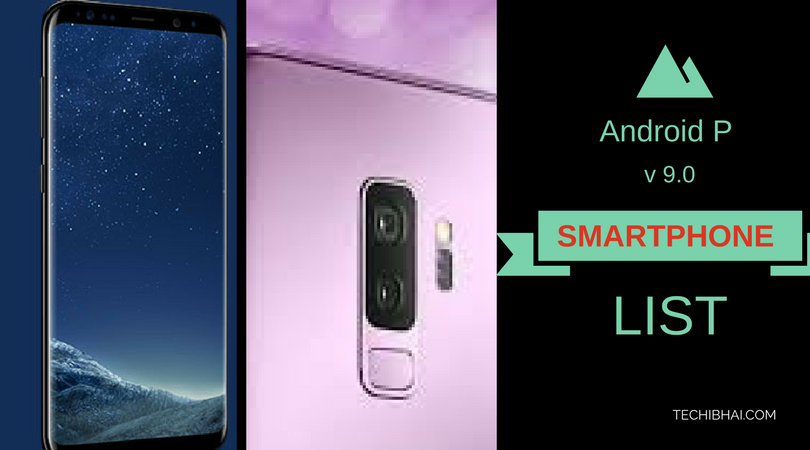