The ANDROID VS iOS is the latest technology in the present world which every people owe to have in their hands for the daily usage of smartphones.

Both have their own enormous features to be gained by the people.

Google’s Android and Apple’s iOS are the operating systems used primarily in mobile technology in the present scenario. Android, which is Linux-based and partly open source, is more like personal computers.

iOS, in that its interface and essential features are more customizable from top to bottom. Rarely iOS uniform design elements are more users friendly sometimes.

The user of the Android smartphone must be careful in deciding the purchase of smart devices as switching from iOS to Android and Android to iOS will lead the user to purchase all the apps from the Google Play Store or Apple App Store.

ANDROID VS iOS: A BRIEF COMPARISON

DEVICES UNDER ANDROID VS iOS

Google’s Android is used by many devices and it’s always open for any company. Android is now the world’s most commonly used smartphone platform and is widely used by many different phone manufacturers. You will find many comparisons for iOS and Android under hundreds of tech news but here are some positive features.

Apple’s iOS is used only on Apple devices such as the iPhone & iPad.

The developer of the Android is Google, and it was initially released in September 2008. The source model of Android is always open to every user.

The customizability of the Android is just awesome, as a lot can be changed and almost anything very easily, and the media transfer from the device to the PC is possible through the USB cable.

The enormous advantage is that Google Play has 10,00,000+ apps that can be downloaded with ease with just an internet connection or wifi using the phone.

The operating system in Android is Linux, which is fast and reliable. The video chat is also possible with the inbuilt Google Hangouts app that is made available on Android devices during the purchase itself.

Internet browsing is all possible with Google Chrome or other Android browsers too; even the browsers are inbuilt in the device for the convenience of the users.

The Google maps are the other major advantage of the Android operating systems which are available for location identification through the device.

It also has 32 languages available on Android, which can help any people in the world.

Android released its 6.0.1 marshmallow version of the operating system recently.

The device manufacturers like Google, Motorola, LG, Samsung, Sony, HTC, etc. make use of Android as the operating regime of the smartphones.

The developer of the iOS is Apple Inc, and the initial release of it was in July 2007. The source model of iOS is closed to the users and with open source components. That is the drawback when compared to the Android.

The customizability of iOS is very limited, and it’s made convenient and easy to use unless it is jailbroken. The media transfers of the files and the folders are possible only with the desktop application of Apple’s software. This is another drawback for iOS users as Android does not require any software to transfer files and stuff on the PC.

The video chat is possible with the app called Facetime which is an inbuilt app in Apple iOS.

The apps to the iPhone/iPad can be downloaded in the Apple App Store which has 10,00,000+ apps in the warehouse for the users, which is easy to download.

Apple uses OS X & UNIX as the operating system in iOS. Internet browsing is possible through the Mobile Safari browser. The other browsers can also be used by downloading it from the Apple app store.

The Apple maps are available for location support like Google gives Google maps.

IOS also provides 34 languages in the device, which can be useful to many people around the globe.

The iOS 9.3 is the latest version of the iOS released by Apple Inc. The iOS operating system is used only by Apple Inc, unlike the Android which is used by many mobile manufacturers.

COMPARISON BETWEEN ANDROID VS iOS – ios vs android which is better

If there were the existence of Blackberry and Windows Phone, there would be a real tough competition between Blackberry, Windows, Android, and iOS.

But as both Blackberry and windows are out of the competition, there is a huge confusing command in the minds of the people when comes to the decision which is the right product.

The apps like the true caller, smart spends, and walnut are just easy to install and use on Android phones. The automation apps like speakerphone Ex and Tasker are also utilized in any android phone.

Due to the limitations of the iOS platform the above apps will not work on the phones.

The cost of the devices with the Android operating system is available for the lower price and costlier too that any people can purchase it easily without any trouble.

But Apple phones like iPhone & iPad are far more expensive when compared to Android phones. The basic iPhone device also costs are very expensive, which a less number of people can purchase them than the Android device buyers.

The device with Android uses a charging point that matches every device manufacturers and every different device. The micro USB port is ubiquitous amongst all the phone makers except Apple.

On the other hand, Apple has adopted USB Type-C in the new MacBook. But the charging point of the Apple devices is different from one device to another device. If the user misses carrying the charger android USB’s are available everywhere at a hidden cost but not so in the case of Apple users.

Apple devices are better designed when compared to Android devices.

The Android also holds better quality, but ratings are huge for the Apple devices.

The best example of a creative app finds people search. This app is nothing but will help you in Facebook search for people without logging in, which you usually can’t-do. The app is available for both iOS and Android. 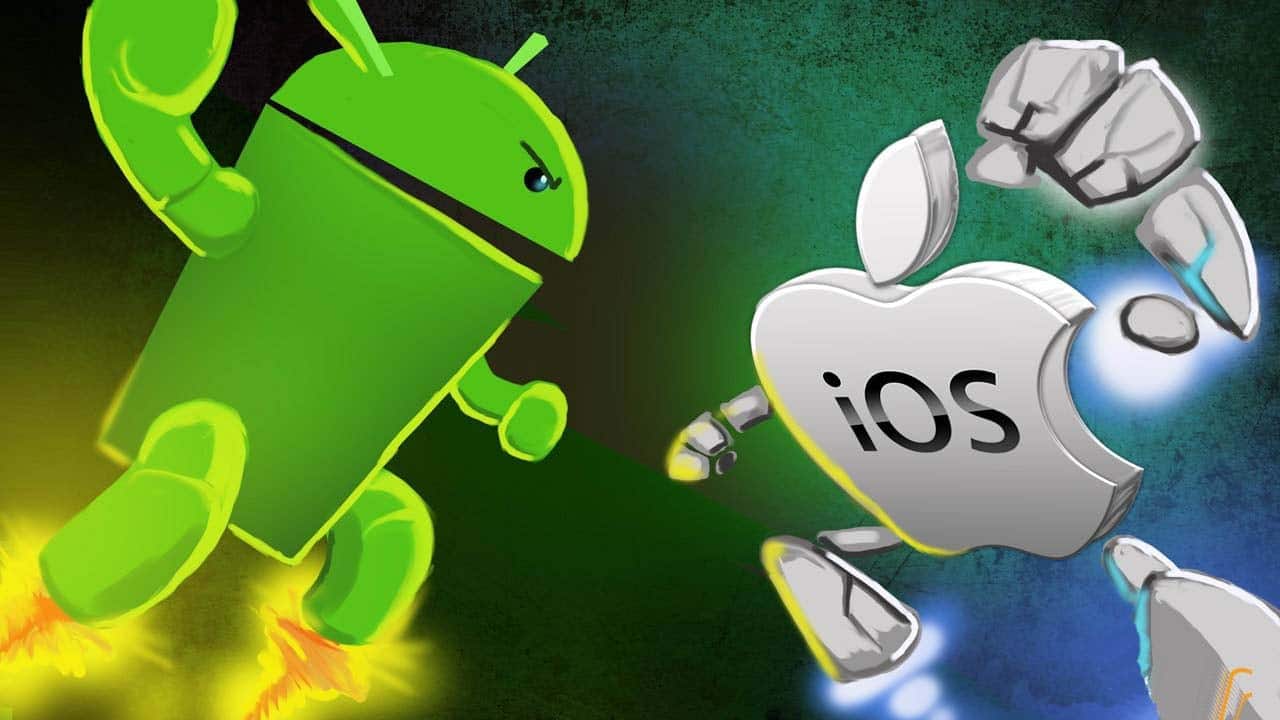 1 thought on “ANDROID VS iOS : A BRIEF COMPARISON”