With each passing day, the term automation is getting popular in today’s digitalized world.  And why not?

But along with the other businesses, IT is also leveraging automation to simplify the various technically complicated task.

We all are familiar with the term “testing”. Testing is one of the fundamental parts of Information Technology. Mobile applications without testing cannot be considered as a reliable one. 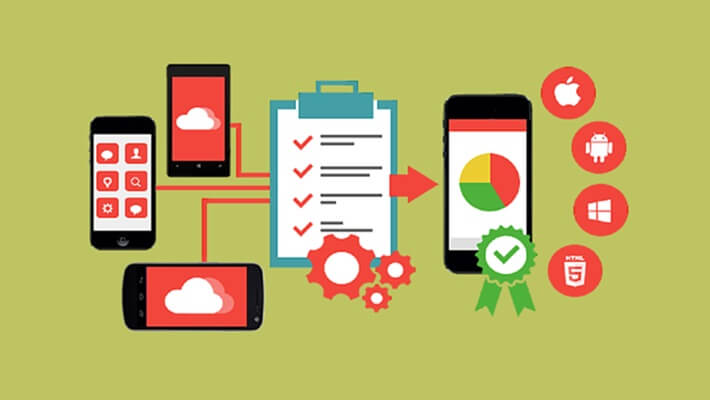 Testing of mobile apps can be quite burdensome because it requires a variety of different device for the sheer magnitude of testing.  Additionally, mobile apps require updates faster in comparison to another kind of application (web or desktop). This is the biggest reason, more and more businesses have started realizing the need for using automation testing as much as possible.

Mobile test tools is a set of the best open-source test tools that you can choose to test mobile and web application. It can be a huge undertaking, one can complicate the process by selecting a bad tool.

With the latest trends in automation tools, there have been a wide variety of tools available in the software market. Some of them are free and some are paid & expensive. Each tool is unique and possesses own specific characteristics.  Some of these tools can be used for both Android and iOS as well as Hybrid apps.

So how do you choose which is the best tool for automation in the market? Which tools will give you the most efficient result to fulfill your business’s requirement for better speed and integration? This blog post will help you to choose the right tool for your automation testing.

Appium is a widely adopted, open-source tool for test automation of the web, native, and hybrid applications. It is an HTTP server managing driver sessions.

It supports tests with every framework and language that can create an HTTP request. For testing, it doesn’t require any application code to be modified.  It also supports development tools using any compatible language Java, C#, Ruby and others that are in the WebDriver library.

An automated acceptance testing tool for mobile apps based on Ruby development language. Calabash is maintained by Xamarin and consists of two open-source libraries, one is for Android and another for iOS which automate testing for native or hybrid mobile apps.

Developers can have APIs that allows native apps to run on smart devices.  It supports cucumber and test cases are first written in the natural language then translated to test scripts that execute in the framework.

Robotium is an open-source library aimed Android test automation framework which supports native and hybrid mobile app. It is used for test automation for different Android versions and sub-versions. Developers can often describe it as Selenium for Android.

The tests of Robotium are written in Java which is a library for a unit test. With Robotium, it’s quite easy to write powerful automatic black-box test cases. But it is not suitable for interaction with the system software.  There is no record and play function and doesn’t take screenshots.

MonkeyRunner is one of the popular Android testing tools which is used for functional testing. It is specially designed for the testing of the application at the functional level.

As it comes with amazing features such as multiple device control, extensible automation, regression, and functional testing to test app or device. Tests created by MonkeyRunner are written in Java.

MonkeyRunner has an API which allows it to control a smartphone and a tablet from outside of Android code.

Both testers and developers can utilize this functional testing for Android and iOS applications. Since it doesn’t require deep technical knowledge of scripting and programming language. The script of this tool is quite simple and easy to understand.  It consists of three elements: IDE, Agent, and scripts.

The IDE creates tests scripts through the record and plays function. Agent links the app to the instrumentation library and scripts simply use keyword syntax and Ant or Java execution engine.

Additionally, it provides screenshots when a failure occurs and supports emulators, tethered and network devices.

Selendroid is one of the leading test automation tools Selendroid tests the UI of Android-based native and hybrid mobile apps. There is no need to modify the code to use Selendroid which is essentially selenium for Android apps. Client API test code is written in Selenium 2.

This tool maintenance for plugging of hardware devices. Additionally, it supports excellent capabilities to interact with multiple Android devices at the same time.

It is extremely friendly with the JSON wire protocol. There is a checkup component for the recording device for test case creation.

This is Apple’s test automation framework for iPhone applications through test scripts that you write. These scripts simulate user actions by calling UI Automation, a JavaScript programming interface that specifies actions to be performed in your app as it runs.

As a proprietary tool, it neither plays well with other tools or methodologies nor it supports managing test cases and other frameworks as well.

This tool is elaborated by Google and supports Android version from 4.1. UI Automator is capable of interact with all kinds of Android software including system applications.

UI Automator also has the ability to utilize native device button such as buttons for going back, volume regulation, turning on and off the device. Test scripts of UI automation for Android are written in JavaScript.

Test automation has become a complex task as it requires lots of research and preparation. Although these (above explained) are great Automation Tools for automated testing of mobile and web apps.

Automation Tools has its pros and cons, each of which should be chosen according to the requirements of the testing organization and the software being delivered.

The most important criteria are to select tools that enhance automation, have great support and appear to have staying power for a long time

How Do You Know If You Need Computer Repair

How to Download Tumblr Videos on Android and PC

How to Return Purchased Items on Amazon