Want to know, how to create a backup with Time Machine on Mac?

A backup is an important part of any computer system. It’s not just the data that you want to protect, but also the operating system and other software. Time Machine is a built-in app on Mac that automatically backs up your data to an external hard drive or other storage devices.

Data loss is annoying and often expensive. We’ll show you how to properly use the backup feature on the Mac and what else to do to keep your data secure.

Imagine, your photos, emails, or the projects you’ve been working on for weeks are suddenly gone. In the private sector that is annoying, especially if irretrievable memories are lost, but for professionals, data loss can be very expensive or even existence-threatening.

And the question is not actually whether it catches one, but rather when. Everyday storage media such as hard disks or SSDs simply give up their ghost once in a while. Especially the latter can fail without warning, and Data cannot be restored.

But the main source of error is in front of the Mac. Every user makes mistakes and deletes data by mistake. The most important precaution against data loss is therefore always an up-to-date backup.

Since then, there are no excuses for the lack of backup, because macOS and Time Machine do the job reliably and conveniently. From connecting a cheap USB hard drive to the start of the first backup it takes only minutes, but the creation of the first backup can then quite take several hours or all night.

After that, the system is hardly noticeable: Time Machine secures all changed files every hour. In doing so, it first keeps the backups of the last 24 hours.

After that, it combines the backups for a month into daily stalls and then weekly. This saves macOS space on the volume. If it is still running low, the oldest backups are deleted and Time Machine informs the user.

Rule of thumb: A backup hard disk for Time Machine should be at least twice as large as the volume being backed up. Then it can take several months or even a few years for the first old backups to come down from the disk.

How to create an automatic backup on the Mac with Time Machine:

1) The backup is created on an external hard disk for Mac. Connect them via USB, Firewire or Thunderbolt to your Apple device.

2) If your machine detects the disk and you have not yet set up a device for Time Machine, a dialogue will appear on your monitor asking if you want to use that volume as a backup drive.

3) Click on “Use as backup volume” in the dialogue window.

4) Then the Time Machine settings are displayed, where your volume, i.e., your hard disk, should already be selected as the location for backups.

5) If you want to encrypt the Time Machine backup using FileVault 2, you could optionally check the box under “Encrypt backups.” (However, this can significantly extend the backup time.)

In principle, Time Machine is already operational with the selection of the volume, but often it is neither necessary nor desirable to secure the entire database.

To do justice to that, you can define exceptions. To do this, click on “Options” at the bottom of the Time Machine settings. A list of objects that are not saved will appear.

You can now drag files, folders, or entire volumes from the Finder to remove them from the backup. You can also edit the list with the plus / minus buttons. With “Save” you accept the current selection.

A handy option introduced with Mavericks is the alternate backup on two volumes, which protects against the failure of a time-machine disk or allows the backup of a MacBook at two workstations.

To do this, in the Time Machine settings, click on “Select Volume” again, highlight the second drive and select “Use Volume.” Time Machine then asks if you want to replace the previously selected volume with the new one. If you answer “Use both” here, Time Machine will run the backups alternately on both volumes in the future.

The First Backup: If your Mac makes the first backup, it will take some time, possibly several hours. You should not interrupt this either. Do not turn off your Mac during this time. But you can easily continue working while the backup is being prepared and created.

All other backups usually go through in a few minutes. They take place every hour and here only the files are saved, which have been changed since the last backup.

When your external hard drive is full, the oldest backups are deleted to make room for new backups. If you want to prevent this and keep old backups, it is advisable to use another volume in due course.

Restoring a Mac from a Time Machine Backup

If you need your backup someday because of problems and you want to completely reset your Mac or Macbook, for example, because of a hardware repair, do the following:

1) Connect your external hard drive with the backup on it to your switched off Mac.

2) Start your device and press the shortcut Cmd + R for several seconds. Then Time Machine opens.

3) Now you can select and confirm the option “Restore from Time Machine Backup.”

4) When you start your Mac, you will see your computer with all the files and settings of the most recently created backup.

Before restoring a file, you can also use the Overview feature to preview the file to make sure it is the file you are looking for. Highlight the file and press the spacebar to see a preview.

If you do not know the date, you can also use the forward and reverse arrows. When you have found the version you want to recover, go to “Restore.” The file is copied to the desktop or folder and displayed. You can then continue working with the recovered file.

As a Mac newbie, you’ll quickly understand Time Machine and like the backup system. Regular backup on Apple computers is well thought out in my opinion, so files are never lost.

A handy addition to Time Machine Backup is a bootable copy of the startup disk. It can be used instead of a second backup as an archive or to use the Mac in an emergency quickly.

The target drive, for example, is a USB disk. We recommend deleting them for preparation with the Disk Utility. If it is too large, you should partition the hard drive so that a volume is about the same size as the boot volume.

Then you can later create a new copy on the volume at any time without deleting the extra data on the second partition.

Safety first: If you want to protect sensitive information, you should encrypt your hard drive. It’s extremely damaging to business if your valuable data falls into the wrong hands. Luckily, the security measures are done with just a few clicks.

Apple users with the Mac OS X operating system have built-in free encryption with File Vault. This can be activated under the menu item “System Settings” >> “Security.” Simply click on the “Activate File Vault” button.

Particularly practical: external data carriers such as USB sticks can also be equipped with this software. Simply connect your Mac to the appropriate disk and wait for it to pop up in the Finder. Then click with the right mouse button on “Encrypt disk,” enter a password – and you’re done. 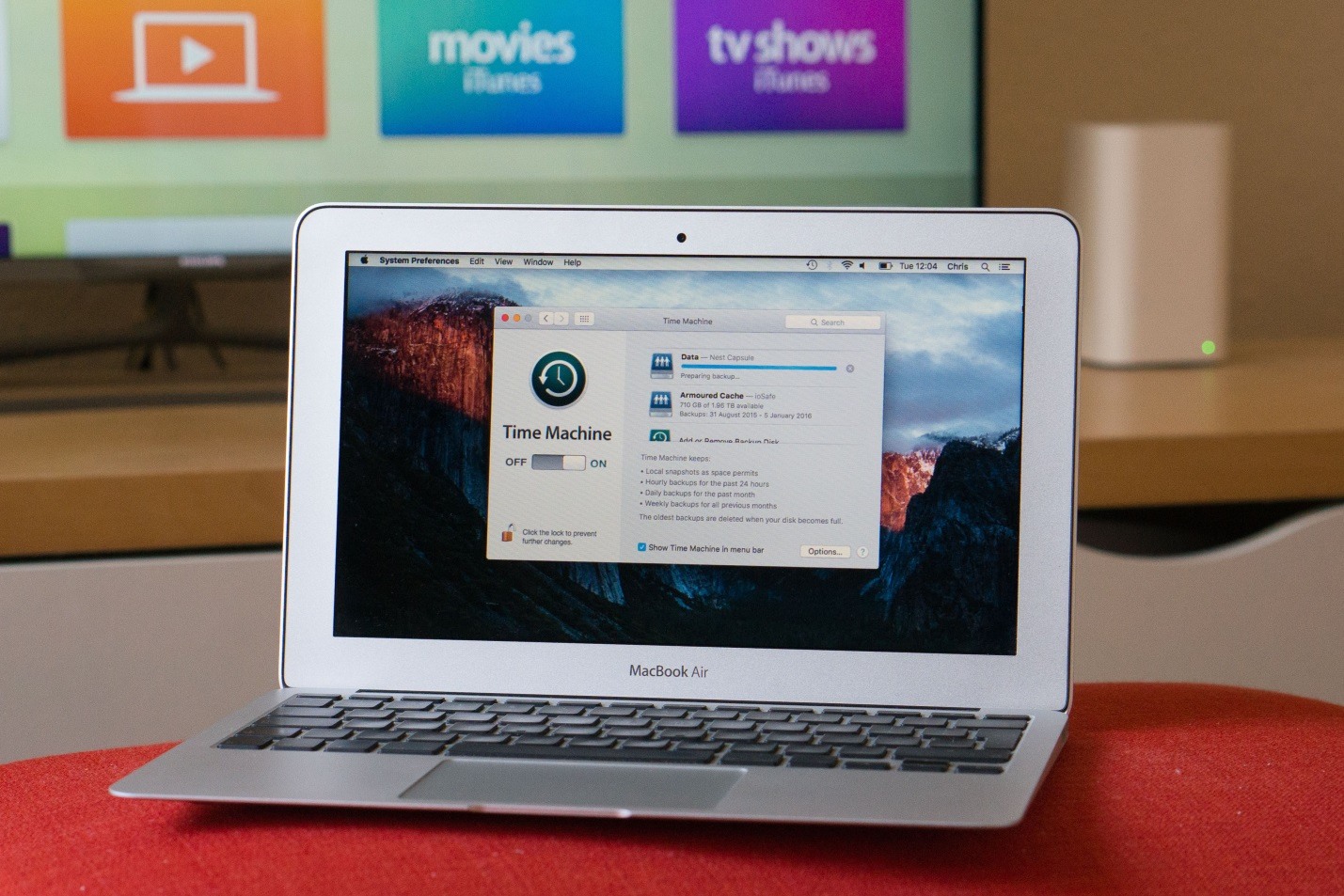