The Google Translate app for android, One of the Language translator app to translate between over 100 languages.

When the East India Company took over the world, they have succeeded in modifying the culture and the people in their place of establishment.

However, their language ( i.e. English) has made a way into our lives somehow or the other. It is very important for a normal graduate to be able to converse in basic English. Otherwise, you won’t get a job. So learning English was the need of the hour.

With the addition of phones (and later smartphones) in our lives, it became even more important to know a foreign language. The feature phones allowed you to operate on them without much knowledge of the English Language. As phones are getting smarter day by day, the need to be able to read and write in English is growing at a breakneck speed.

Amongst all this, our cultural languages are getting lost. It is really sad and depressing to witness this fact. There is a total of 6909 languages across the globe, out of which 1652 are languages in India.

As Google started introducing the languages one by one in their system, things eased out a bit. Micromax started their Micromax Unite series which supports local Indian languages.

A very wonderful initiative by Micromax!

Since the English Language is spoken by so many people across the globe, it is constantly getting improved and updated. However, that is not the case for the other languages. Some of these languages are area specific. Does that they will never get updated?

My experience with Google Translate tells me that there is no individual word translation. Rather, there is a translation for phases.

If we look at this matter from Google’s point of view, it is not practically possible to hire people to update every language.

This is nearly impossible to do such a thing. But Google is that one company that always pleasantly shocks us with its innovative ideas. They came up with Google Translate App to put an end to this problem.

You must be familiar with the word Translator. Translation means who convey language such as English into another language — like Hindi, Chinese, or Spanish

What is Google Translate App and how does it work?

In this app for translating Hindi to English, Google is warmly welcoming anyone (and everyone) to help better their local languages. You can download the app and go ahead with bettering your mother tongue. This way any of your elders can start using Google in their mother tongue.

Open the app in your free time and keep updating it.

When you download the google translator app, then a screen pops up which asks you which languages are you fluent in?. You will be asked to translate between the languages you know. Here are some of the languages that it supports – Hindi, English, Bengali, Marathi, Chinese, Spanish, French, etc.

Here are screenshots of the rest.

An image is given to you in Image Transcription, and you have to write down whatever is there in the picture.

In Image Transcription, you will be given an image and you have to write it equivalent in the same language. Here is a sample screenshot.

Translation Validation is when you are checking whether the translations for a particular sentence are correct or not. Here is a sample screenshot.

In Maps Translation Validation, a particular places’ name will be picked up and translated and given to you. You just have to say if that is correct or incorrect.

The more you translate, the more Contributions you win!

Is Google Translate a smart step by Google?

Yes, it is a very smart step by Google. Through the google translator app

Google is delivering the best in your language without any monetary loss from their end!

If you have any elder family member who uses the Android or the internet you can keep correcting their mother tongue so that they can experience the wonderful technology called the internet.

Let’s make the world an easier place to use Google! 😉 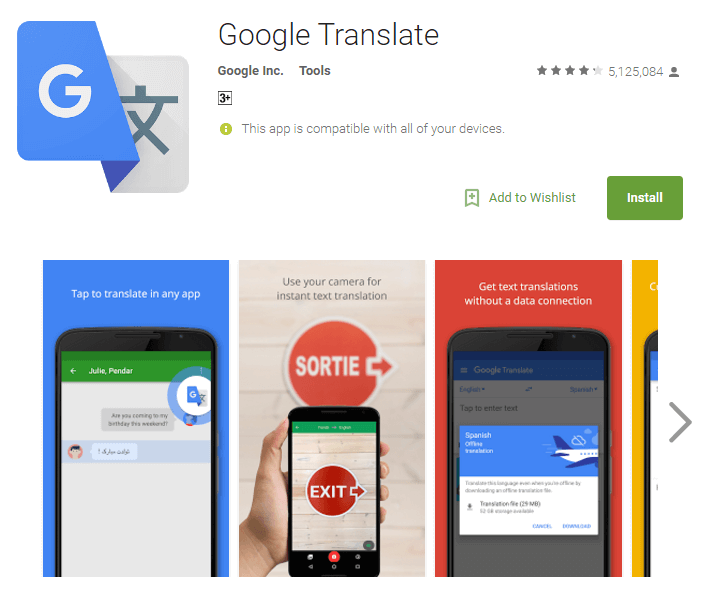