Technology has taken over the world by storm in the last couple of decades, and we have seen the transition from a landline phone to smartphones over the years. Android Smartphones have become even smarter than us humans that provide us with great experience of every possible thing.

A smartphone should not be judged by its price but by their features and functions. There are many smartphone brands which may not be as famous as Samsung or Apple or LG, etc. but provide the equally amazing features like excellent music quality, high MP cameras, good internal memory and various other functions.

While buying a new smartphone one should always be aware while choosing their preferred operating systems like iOS, Android or Windows. They should purchase the best possible smartphone under their budget which also provides security, internal up-gradable memory, RAM for the smooth function, design, display and various other things.

Here is a list of 5 such lesser-known Android smartphones that have done well for themselves so far:

Lenovo is originally a laptop company which has started manufacturing and developing smartphones in recent years. It soon became a bestselling smartphone developer in 2012 with their high-quality design and features. Lenovo A1000 is a beautiful and classy looking phone which comes at a pocket-friendly price with high functions.

Lenovo A1000 only has the display screen of 4 inches with 480 pixels by 800 pixels resolution. This phone is powered by a 1.3GHz quad-core Spreadtrum processor and comes with 1GB RAM which is excellent for the price of this phone. It has an internal memory of 8 GB and can be expanded upto 32 GB through SD card.

The camera quality of Lenovo A1000 is 5 megapixel rear cameras which take clear and sharp pictures while it has 0.3 front facing cameras. This dual SIM phone has a decent battery backup which could last upto 6 to 5 hours with a removable battery.

Lenovo A1000 comes in white and black color and is available in almost all the online shopping e-commerce site that sells cell phones. You can buy this smart black or white colored smartphone with the cheapest rate of Rs 3,999 only on Amazon. 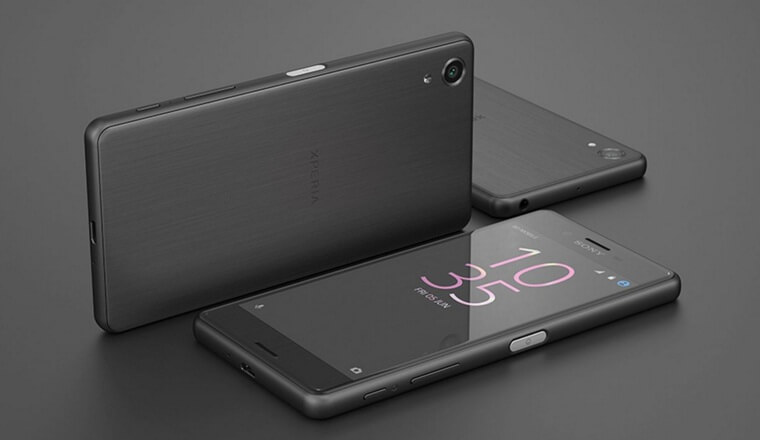 Sony mobiles are famous for their beautiful outlook and amazing sound quality. This particular Sony Xperia XA Dual is a metallic series phone which is available in various attractive colors like black, rose gold, mint, etc. Even though Xperia XA was launched last year in 2016 it has almost all the upgrading qualities of recent phones.

It has garnished plaudits from users and critics alike, since its launch and even has an average user rating of 3.7 stars at Flipkart. Owing to its popularity, the company decided to launch a new Android 7.0 OS variant model in early 2017.

The display screen of Sony Xperia XA Dual is 5 inches which have a good 720 P resolutions. It has 3 GB RAM board which helps the system to run smoothly and has Helio P10 64bit octa-core chipset.

The camera of this phone is equally good with a 13-megapixel rear camera which has exclusives function like sensor hybrid autofocus technology and 5-megapixel front-facing the camera.

You can shoot 1080 P videos with the rear camera at amazing quality. The internal memory of this phone is 16 GB which could be expanded up to an impressive 256 GB via SD card.

The price of Sony Xperia XA Dual depends on which color model you want to buy. The cheapest model for this smartphone is available on eBay at Rs 12,999 only. Further, use the following eBay paytm offer and get flat 6% off on paying through Paytm. 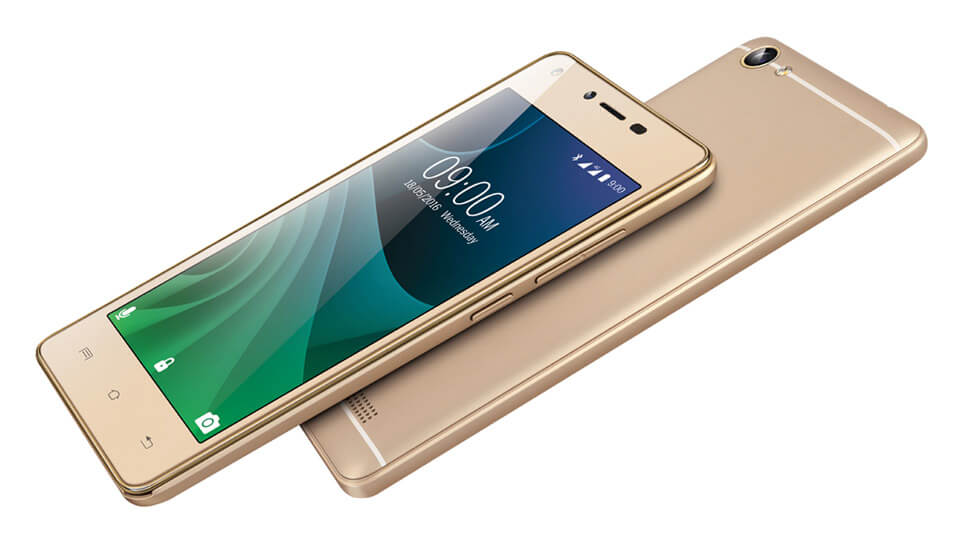 Lava is an Indian company which manufactures low budget but great Android smartphones for new and easy users. It has almost all the features that you would get in any high budget phone and it looks as beautiful and gorgeous as any other expensive smartphone. It is available in attractive gold, blue and gray color.

Owing to its modest price and effective performance, it has already marked its place in the entry-level smartphone segment in the Indian industry. The popularity of the product can also be verified from the online reviews and ratings on popular e-commerce sites.

This affordable smartphone comes with an impressive front-facing LED flash for taking better selfies on its 5-megapixel front as well as rear cameras. The Lava A77 has a decent battery backup which could last up to 8 hours.

It has a displace screen of 4.5 inches which functions with smooth touchscreen and have 480 P by 800 P resolutions. The inside quad-core processor of the system is of 1.3GHz with 1GB RAM. This Android 6.0 Marshmallow smartphone has the 8 GB internal memory which could be expanded up to 32 GB via SD card.

Lava A77 is available at Flipkart in all colors and you can buy it for Rs 4,999 only. The EMI for this phone starts at Rs 243 which could be split into 3 to 6 months according to your preferences. Flipkart also offers you extra 5% off on paying with your Axis Bank Credit card online. 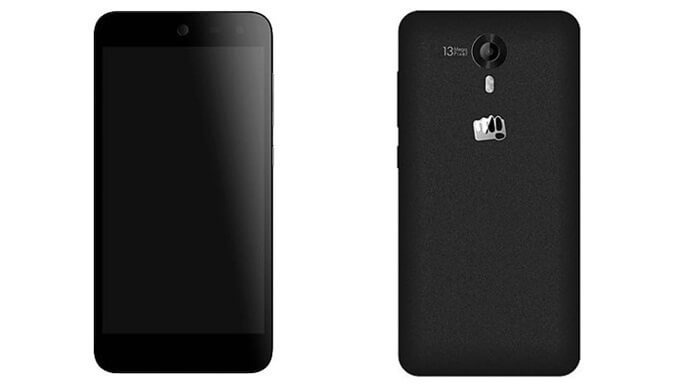 Micromax Canvas Nitro 3 comes with a 5-inch display screen which has 720 P by 1280 P resolution. It has 16 GB internal memory which could be expanding upto 32 GB via SD cards. The RAM of this smartphone is 2 GB which helps the system to function smoothly without hanging.

This dual SIM phone has the android version 5.1 and 1.4Hz octa-core MediaTek processor. It has a removable battery which would last up to 10 hours and 13 megapixels and 5-megapixel front and back camera respectively.

Buy this smart black colored smartphone with the cheapest rate of Rs 5,393 only on Amazon. 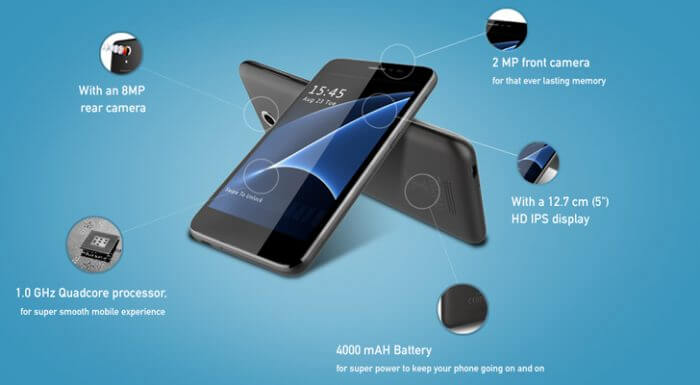 Panasonic is one of the largest electronic manufacturing companies of the world and they have recently started developing Android smartphones with excellent features. Panasonic P85 is a recently launched smartphone with an attractive look, colors and amazing functions.

Flipkart, in collaboration with Panasonic, are the exclusive sellers of this smartphone. Even though being exclusively available on an online store, this smartphone has outperformed various major Android smartphones in its segment range.

Panasonic P85 is an amazing choice for buying a smartphone at an affordable price. It has a decent 8-megapixel primary camera and 2-megapixel front cameras for capturing beautiful selfies. It comes with a good 5-inch display screen with 720P by 1280P resolutions.

This phone has the internal memory of 16 GB which could surprisingly be expanded upto 64GB. The operating system of this phone is of Android 6.0 versions with a high mAh removable battery. It has a 1GHz quad-core processor with smooth 2GB RAM.

Buy this smart and handsome looking smartphone at Rs 6,499 only on Flipkart. You can also avail extra 5% off on paying with your Axis Bank Credit card online. Flipkart also offers you to exchange your old phone for up to Rs 6,000 so that you can avail maximum discount on your preferred new smartphone buy.

All these Android smartphones are affordable to buy and come with all the best features at the decent price. They have a good camera, battery backup, internal memory, etc. and you can buy them all within Rs 10,000. Some of the other lesser known Android smartphones with amazing features that are taking the market by storm are- Lava Iris, Intex Aqua Wonder, Zen Ultraphone, Gionee Elife, Nokia Lumia series, Sony Xperia M series and several of such more. 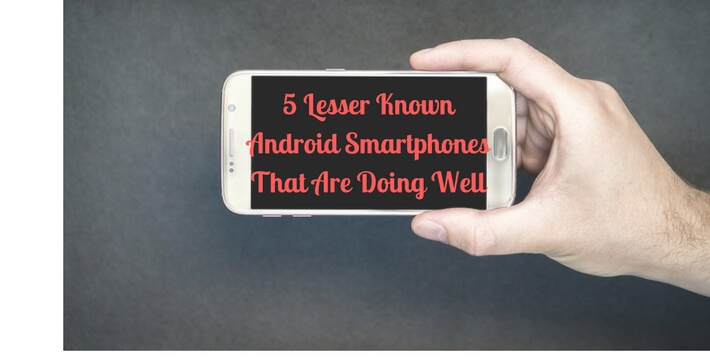