The generations of the future will have to deal with the planet in the state that we leave it. That’s what environmentalists have been saying for years, and yet no one has listened. We’re leaving so much waste and junk in landfills, and they’re becoming too big to manage.

That’s why we need to be extra careful with our consuming habits and create new ones. Saving the environment for the people that come after us is a noble goal, but it’s going to take a lot to get there. One healthy habit that every single person can incorporate into their own lives is recycling. Visit this page for more https://theprint.in/india/21-yr-old-assam-art-student-creates-portraits-using-electronic-waste/880340/.

Instead of using and abusing new resources, we can reuse the old ones because they work just the same. It might seem like a small effort, but when you multiply it by seven and a half billion people, it’s quite a lot.

If you don’t believe in the power of small things, imagine how your life would turn out if every person on the planet gave you a dollar. You’d be one of the wealthiest people alive. Then, it’s about time to realize that our actions have consequences.

The planet gives us an abundance of resources and life itself, and in return, we destroy the ecosystem and make matters worse. That’s not how the smartest creature in the world should behave. One of the easiest ways to prevent that from happening is to take matters into your own hands and start getting rid of electronic waste. Click on this link to read more.

Of course, plastic is a problem too, but at least we have mechanisms in place for it. When it comes to electronic gadgets, there’s no regulation and no rules. A lot of people are throwing batteries into their regular trash bins, which decompose and give off harmful chemicals that are making the soil unfertile.

Additionally, the toxins that get released are also responsible for diseases like cancer in wildlife. Instead of throwing away your broken laptop or phone, it’s much better to bring it to a repair shop or donate it to a charity. If it can get fixed, it could change the life of someone who doesn’t have one.

The law of familiarity makes us discard and take for granted the things we use on a daily basis. Think of the feeling you had when you received your first smartphone. You tested out all of the features and played with them the entire day.

Now, it’s a nuisance, and you want to get rid of it. Why not make someone else happy by gifting it, or make the planet happy by recycling it and using the material again?

Large companies that create phones can save a lot if they switch up their strategy. Most phones are crafted with the thought that they need to be used and thrown away. The only exception here is Apple, which has a robot that dismantles old versions of phones and uses the materials to make new ones.

But there are plenty of competitors who could do the same thing. Since dismantling takes a lot of precision, robots would be much better at the job, which would decrease costs for the consumers too. Furthermore, you can recycle your old computers and get paid to do so. You could bring in your old phone for a discount on a new one.

Additionally, that boosts the retention of customers, and it increases the morale of staff. This growing demand for the newest and latest piece of technology can’t be maintained if we keep digging for materials from the ground. Metals like gold, copper, and aluminium are quite expensive to mine, which makes recycling even more affordable.

How can you do it?

In most big cities, there’s a drop-off point where you can leave all of your old computers, appliances, and gadgets. If you don’t live in a large town, you can search for a place near you that offers the same services.

Usually, you’re going to get money for the things you decide to recycle, so there’s an extra motivation. Plus, you can sleep better at night knowing that you’re demonstrating a commitment to your environmental and social values. Some companies offer certificates that help you share this activity as an achievement. 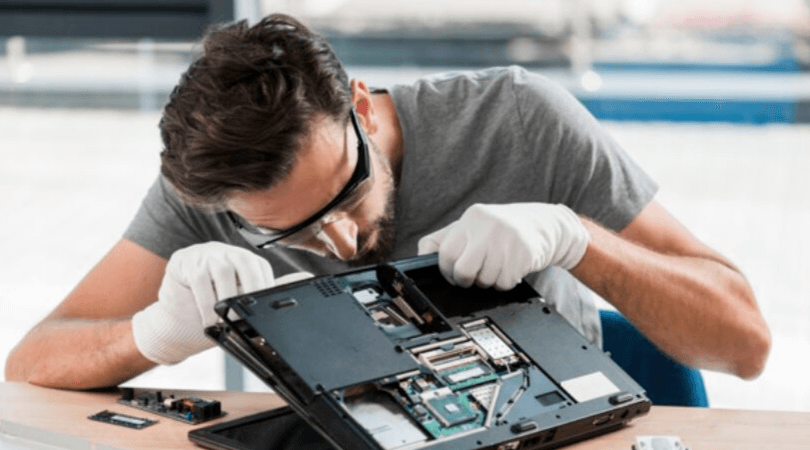