Surface Studio 2 is the successor of Microsoft’s Surface Studio which was an all-in-one computer. With the best technology used, the new model has undergone many improvements under the hood.

The newer version is really updated and for the digital medium artists, this one is the best. Pricing starts from Rs. 4,60,090 at Amazon India, but just be sure about what you are expecting from the power-packed Surface Studio computer before you slide this big amount of cash in.

Is it worthy upgrade than Surface Studio, its predecessor? Is it best you? All these questions are answered in the Microsoft Surface Studio 2 review below.

The design hasn’t changed much as compared to Surface Studio, its predecessor. If you loved the last model design, you might have no complaints then.

But, if you were expecting more, then a disappointment for sure because wireless keyboard and mouse have also the same design- nothing changed but some little changes.

The display has been something Microsoft has worked upon by increasing the brightness by 38% and contrast by 22%. The visuals now come vibrantly bright, sharper and bring much more to detailed aesthetics. Also, there is now a USB-C 3.1 port which has replaced DisplayPort.

The keyboard and mouse got a similar design like its predecessor. Both of them works pretty fine and are packing AA batteries.

On one hand, where Surface Studio’s keyboard is now like Apple Mac desktop, on the other hand, the mouse gets a palm curve to make it easier to hold. Also, the Surface Pen stylus is just like Surface Pro tablets get. You can also check to find best Tata Cliq Offers to make orders online at best-discounted rates.

Coming to the display, Surface Studio 2 packs a strikingly large 28″ PixelSense Display is a stunning touchscreen with 13.5 million pixels of true-to-life color. You can also tilt the display weightlessly to work at 20 degrees down in Studio Mode or upright in Desktop Mode.

The company has chosen to bring the same design with a little bit of work done on both design and display. Microsoft has stuck to the brilliant design and make it furnished it more with more of the creativity.

The CPU runs on Intel Core i7 processors paired with 16GB of DDR4 RAM and a 1TB NVMe SSD. The device is powered with Nvidia GeForce GTX 1060 GPU and can also run GeForce GTX 1070.

Though you will be amazed at the price point of nearing five hundred thousand bucks you will be only getting an i7, but it is the sad reality. Unlike other companies, Microsoft did not put much on paper but when it performs, it shocks everyone- that’s the case with Surface Studio 2 too.

Comparing it with its predecessor, Surface Studio, this machine is an upgrade but a marginal upgrade. It can do 3D rendering, multitask and do all the heavy tasks like rendering, encoding videos and more.

But, as a content creator, you might get your hands on less expensive device’s like Apple’s iMac Pro- only if you have not much to do with digital art generation or illustration.

Although it is not a gaming desktop, still it can run the latest games easily on the decent graphics, not native ones. So, if you think it is best for gaming or you consider it as a gaming laptop, straight out it is not.

Long put short, Surface Studio 2 is the perfect device for the digital creators and illustrators. You might argue that it has outdated specs but it still works perfectly fine- thanks to Microsoft crafting and engineering under the hood. You may also explore some of best latest gadgets online with AliExpress Coupons India to find great discounted prices for beautiful machines.

Surface Studio 2 does not come with any third-party software or apps installed except the Microsoft ones- say no to bloatware. The eye-catchy feature in this machine is the Windows Hello camera which is basically a 5-megapixel 1080p webcam setup packing infrared sensors in it for face recognization. Now, the facial unlock has become faster which makes the users feel secure and good.

The Surface Studio 2 sells out what it says. This one is the improvement to its predecessor which makes it brighter, more secure and faster than before.

Though we didn’t saw any major upgrade popping in this device. For the targetted audience of digital artists, this device is worth it. But if you feel it is overpriced, in that case, you can get your hands on the Apple iMac Pro if you are not happy to drop that much cash in and still get the near to exact experience.

All said, Surface Studio 2 is one heck of a machine which will not disappoint for several coming years if you are a digital artist. 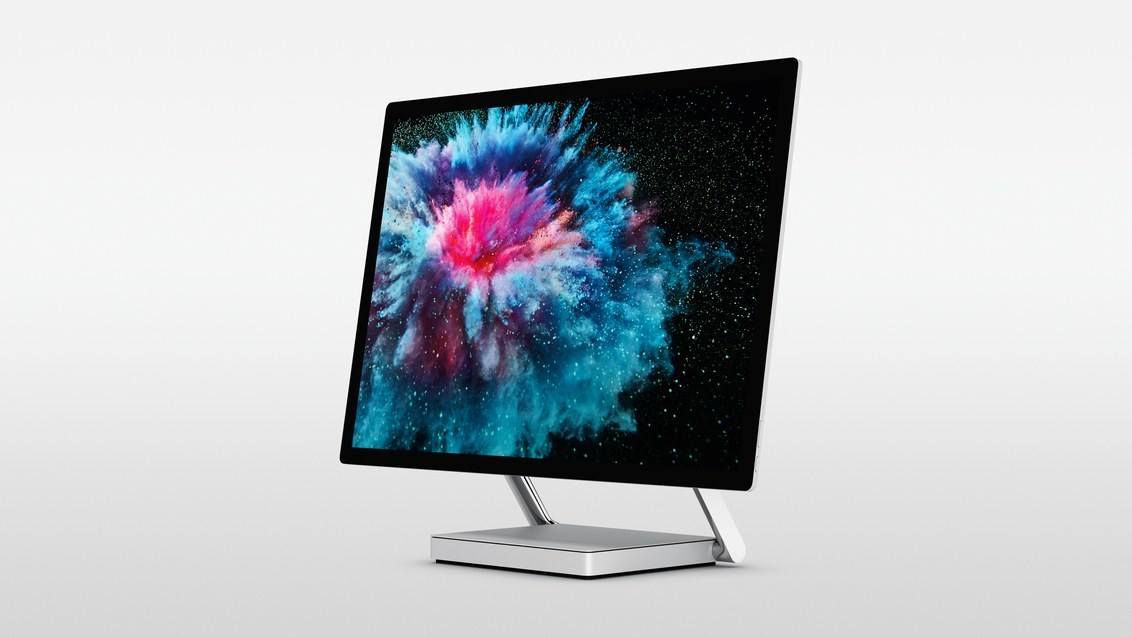