TRAI(Telecom Regulatory Authority of India) is a regulatory body whose main purpose is to oversee telecom as well as satellite entertainment services along with increase broadband penetration in the country.

In India, TV is not just an electronic gadget but an important part of the family, TV viewing is more of a family activity, so people are really apprehensive what these new rules mean for them.

At this juncture, nobody is cent percent sure about what the exact thing is going to be. According to TRAI’s statement, a new regulation is going to be effective from 1st February 2019.

As per the new regulation, the bundle channel packaging system will not exist as a concept.

Individual subscribers will have to select their own assortment of channels and services and pay accordingly, unlike the earlier system in which no individual deals were there rather most of them were included in bulk.

In accordance with the above regulation, TRAI has asked all the channels to publish each and every channel’s price.

Each user who subscribes has to pay a basic fee of Rs.130 for 100 free channels( can be selected by the subscriber) plus taxes.

Apart from that either you can select either all the channels in a network given below or channels individually.

These are some of the basic channels and networking broadcasters that have been stated.

In the case of the customer, whether this new regulation would result in a reduction of prices or increase in prices:

The cable and/or the DTH operators are not so happy as they will be now profiting more money due to higher pricing of channels from the subscribers as opposed to earlier what they were getting earlier.

But they are also worried not happy with popular channel prices being priced at 19 INR, then if 35 channels are viewed then it will come around 785 INR which is too high.

So they are really hoping that popular networking channels slash their prices.

Because if people stop seeing popular channels then and viewership will take a hit, so, for now, they have requested BARC, to stop giving information till they figure out what is going to happen on 29th December 2018.

The new directive of TRAI is not user-friendly rather it would lead to more trai’s biased tariff plans by the cable operators who would be more profitable if this regulation goes through as it is.

Another aspect of this regulation is that it does give the users more freedom to pay only for what they are watching, as opposed to the previous rules where most of the channels that were there were never used.

All in all, TRAI may have done the right thing considering the demand for online streaming services such as Hotstar, Netflix, and Amazon Prime. We will nevertheless have to wait for reviews about the new executive order.

What do you think of these new regulations?  Do let us know in the comments below.

Here are some FAQ to better understand the new DTH Pricing rule:

#2 Q: Is subscribing to the Base Pack Compulsory?

#3 Q: I want to watch only Zee Entertainment or Star India Channels. Do I Still need to subscribe to the 130 rs Base Pack? 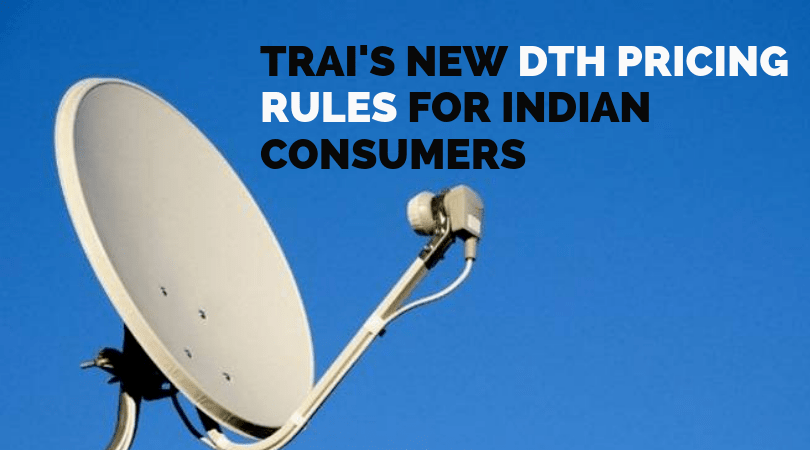