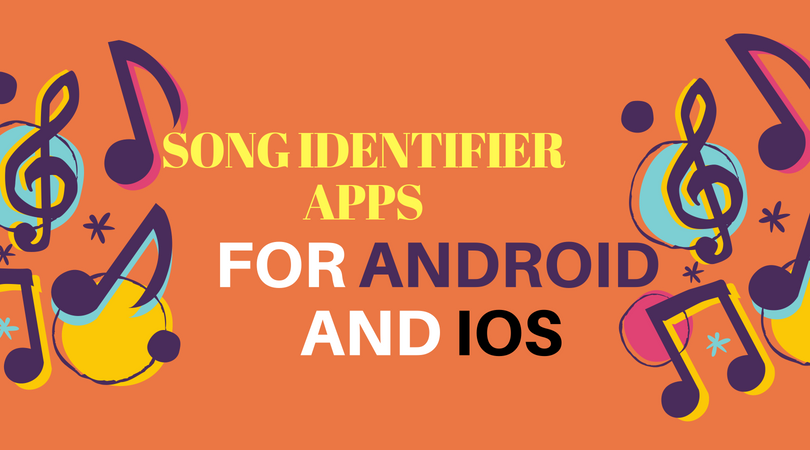 What song is this? | Song Identifier Apps for Android and iOS

If you’re one of those who goes with music everywhere, I’m sure that at some other time you’ve dived on the Internet in search of the lyrics of a song. But, what if we tell you that there are Song Identifier Apps capable of detecting the song you are listening to and showing the lyrics of it on your mobile screen?

There’s a world of music all around you — don’t let it slip away.

The Walkman, the Discman, and even the MP3 players have been left behind for a long time. Everyone uses their Android smartphone to listen to music wherever they go.

One of the reasons is that a smartphone, in addition to playing your music, it allows you to do many other things at the same time, such as seeing the lyrics of your favorite songs to be able to sing them at the same time.

Some even have a synchronous translation option! Still, do not know any? In this article, we reveal the five best free Song Identifier Apps.

What Song is This? Best Song Identifier Apps For Android & iPhone To Identify Songs

An absolute pioneer on the market is Shazam’s Song Identifier Apps. Shazam is the song finder app to identify songs or recognize more popular music, possibly the first known of its kind.

For such reasons, it is the one app that can identify songs that has been most downloaded from the Play Store. You can identify musical themes in seconds, follow the lyrics in real-time and buy songs.

Besides, you can listen to the complete songs on Spotify, Google Play Music, and other services; see the videos, the biography, discography and the upcoming concerts of the artists. Undoubtedly, Shazam is one of the complete applications in its field.

With unlimited tagging and loads of features, the original music ID app is still the best. Shazam identifies songs quickly and accurately, and the app is fully integrated with Facebook, Twitter, Spotify, and Pandora.

It has also scrapped most of the limitations they used to have on the software, meaning you can now tag as many songs as you want.

This is the second most popular of the list, with very similar characteristics. It offers results faster than the previous one, and above all, it is the only one that can recognize songs by singing or humming them yourself.

It shows the lyrics in real-time and allows you to watch the videos on YouTube and the status updates of the artists on your social networks. It also allows you to listen to a preview and buy songs.

SoundHound is as good as Shazam, but additionally offers some pretty attractive features and functions. You have to be pretty accurate with your humming for it to guess the song because it can’t read minds (yet).

Tagging a song as it’s playing lets you see the lyrics as they’re sung, just like karaoke. You can also check out what’s hot to see what other people are tagging.

MusiXmatch has powerful lyric recognition and a large catalog of lyrics to accurately find what you’re looking for, based on song lyrics. You can tag and save lyrics, share them, and even browse lyrics while offline.

This music finder App is compatible with many third-party music players to give you lyrics as you’re listening. The popularity explains itself already. The music connoisseur listens to music with you and quickly names song titles, artists, and albums.

Really good: Even while listening to music, the app will be live song lyrics, which not only fit exactly to the vocals but also can be translated into English.

You can play found songs directly on Youtube or Spotify for listening from. Even if you have only a fragment of this one nasty catchy tune in mind, it is enough to give a few words in order to find the name of the song and the respective artist via a song text search.

Once identified, the title will be permanently logged into your profile, album art will be reliably displayed, and Chromecast will allow you to transfer songs and lyrics to a connected TV.

Lyrics Mania is the music identifier app that you need to connect with your song correctly. This app is a definite clone of the MusiXmatch app. You will find every feature in the app.

From automatic lyrics grabbing to Music ID everything is here, Lyrics Mania got everything you need. It can be considered the copy of the MusiXmatch, but the things have been implemented in a better way in Lyrics Mania.

There is also one feature called Postcard which allows you to create an image with quotes from the song’s lyrics. You can also trend songs in charts option available in the app.

If in addition to reading and discovering the meaning of your favorite songs you also want to know the story or the anecdotes that are hidden behind them, Genius is your application.

Have you ever wondered what that phrase in your favorite song means that you do not understand? With Genius you can find out. And in this song recognizer app, unlike Musixmatch, it allows access to annotations or even quotes from artists on virtually any stanza of a song.

Using Genius is tremendously simple. Just enter the name of our favorite song for the application to show us the letter of it.

Although it’s possible to use the microphone to capture the song that is playing. Besides, with Genius we can access, with a single touch, the video clip of any song.

What are you waiting for? Download them, try them out and tell us which song recognition app is your favorite.

Chingari App – Is this the best Alternative to TikTok?