For me, it’s much more. I spend almost 5-6 hours on Whatsapp. I find it much easier and reliable to chat via Whatsapp than any other messenger. My faith has been further boosted by the end-to-end encryption that Whatsapp provides.

Now I know my chats are safe, thanks to Whatsapp and fingerprint sensor on my OnePlus 2.

Whatsapp keeps getting better day by day. The recent version of Whatsapp (as you can see in the screenshot below) has shown some excellent updates.

I’ll mention them one by one. If you don’t have this version on your phone, update it from Play Store. Want to know more about GB WhatsApp, Why it’s so much popular and its features, Check out this post for more info.

Without further ado, let’s quickly check out Whatsapp Messenger Update Roundup we have so far.

Your chats are not entirely deleted

It often happens with me that I remove a chat towards the end of the conversation. I do not wish anyone to see them, not even by mistake. But the recent revelation by iOS researcher Jonathan Zdziarski has left me bewildered with the truth. According to him, the chats are never deleted. The apps retain a forensic trace of the conversation. It can be retrieved by anyone who has access to your phone. Besides, it can also be recovered by any remote backup system.

The Whatsapp messenger opens up with three sections on the screen – Calls, Chats, and Contacts. If you received a call from your contact, or as a matter of fact, anyone, it would appear in the ‘calls’ section.

I don’t know if this happened to you or not, but I’m not used to checking the calls section much. I don’t get many calls in the app (thanks to the network condition in India).

But there are times when I miss out on important calls but never know about them as they do not come up in the section I lurk. There has been an update in this section. When you miss a call from anyone, it shows up in your chat. That way it would be tough to miss out on a call. 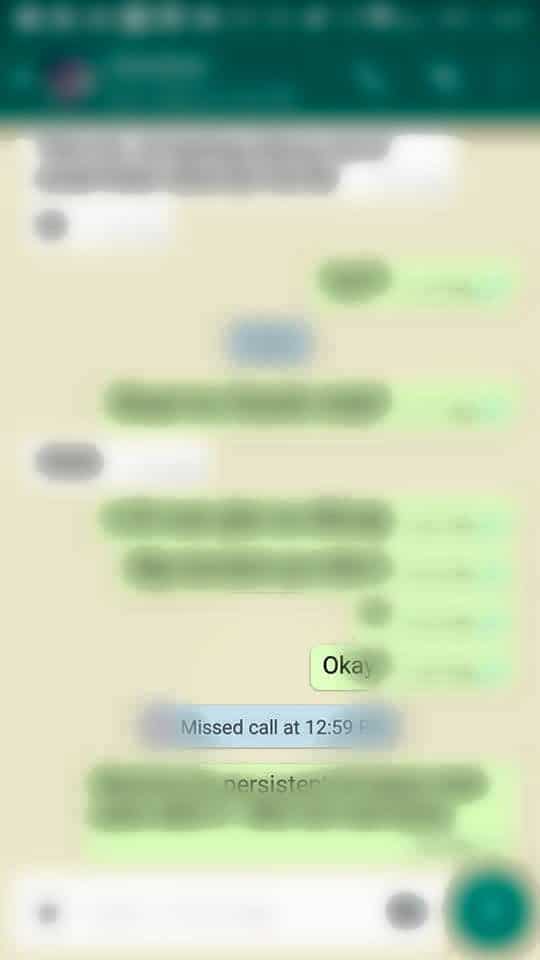 This update is a very tiny one. This is not much use to you. Hence it has been placed at the end of the list. In this update, the number of new messages is displayed in a circle at the right lower corner of the device. 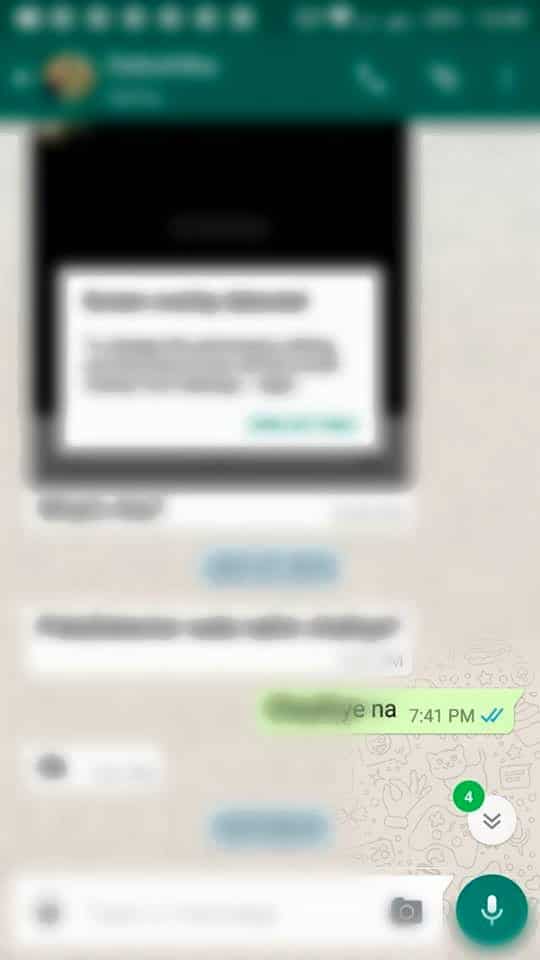 You can tag Anyone in GroupChat

Yes, It’s possible with a new WhatsApp update you can tag anyone like Twitter in the group chats while you’re sending msg.  If you type @ in any group, it will display all the contacts of the group. type @ in WhatsApp & wait for a sec.

That’s it on Whatsapp Messenger Update Roundup, If we have missed out on an update, let us know below.

WhatsApp Alternative Apps Which Are Better Than WhatsApp