The usability of the Android OS is the most customizable and versatile in nature. But, due to pre-installed software and the sheer amount of load that it gets when different companies work around it to fit their own customized features, the limitless capabilities of Android somewhere gets lost. Fortunately for your users, there are many exceptional Root Apps for Android that can help you unlock many hidden features and potential of the Android Operating system.

Before delving into the details of Root apps, we must understand, the What, the How, and the Why of root apps and rooting a smartphone.

What are Root Apps?

Without getting into non-engaging technical stuff, all you guys need to know is that rooting unlocks many technical aspects of your smart and Android devices.

How to root android phone?

Basically, there are two ways of root Android phone. First, you can do it manually by unlocking the bootloader while connecting to a PC and passing commands.

We admit their user interface is quite old-school but it gets the job done. After using a custom recovery, you can flash a.ZIP to perform as superuser access and modify, tweak, and customize all you want with your Android phones.

Is it safe to Root your Smartphone?

The answer is very relative and the success of rooting will depends upon user to user.

It is true that rooting can greatly enhance the superhuman powers of Android OS, it can also not be neglected that the user has to be extra cautious about every tweak and customization that they do as rooting deviate from the normal security protocol of Android smartphones.

Manual rooting should be done with extra caution as one small misstep could brick your smartphone.

Now that we know about root apps along with their pros and cons, let us get to the best rooting apps for Android.

Which is the best App to Root my phone?

As the name suggests, this Adblock blocks all those unwanted ads that do compromise the smooth experience of Android users. By default, It takes no setting up and blocks ads.

Well, most ads. Some ads, that the company thinks are “acceptable” (non-intrusive) are let through. To block all ads, tap the three-dotted-menu button, choose Settings ->Acceptable Ads and uncheck Allow some non-intrusive advertising.

With 4.3 Play store ratings and over 1 million downloads, Flashify is among the best rooting apps in the market. It makes flashing files much automated and will definitely make your rooting process much less mechanical.

SuperSU (by Coding code) has been featured as hongkiat’s Top 1 Under Rooted Android Phones Apps and xda-developers’ Best Root Apps for Android.

This Root app is one of the best superuser access management tool. It manages Superuser access rights for all the root software apk for root android phone that need root permission.

Removal of bloatware apps (that takes up unnecessary space ) is seen as one of the most important reasons why users go for root apps.

That being said, system app remover does exactly that for you i.e it removes idle apps from your device.

If you are also among those Android users who are always complaining about battery leaching issues of your phone, Greenify is the one for you. With over 10 million downloads, the loyal fanbase that this app has developed in such a small period is quite applaudable.

This is probably the most versatile among our list of root apps. KK Kernel manager will manage battery optimization along with flash-kernel(in a rooted Android) and any more different essential features of a rooted Android phone.

An automated app is sometimes the need of the hour if you have quite a lot to-do list while rooting. Tasker is an automation app with 200+ built-in and plugin support.

This android app will assist its user in keeping the RAM clean and tidy for faster processing of the device. SD Maid root apps are extensively used for “Cache cleaning”.

One of the special features of SD Maid is that it can handle its function without requiring an authentication every time.

Recovery of data and media files is very essential if you are planning to root your Android devices through any such root apps, DiskDigger might be one of the safest root android apk for you.

Ranked No 1 for a root app developer for Android devices, JRummy is a combination of the most updated and needed apps that you must utilize if planning to use these root apps. JRummy has a powerful app collection of root apps.

You might be wondering, why banking, as well as certain entertainment apps, do not work on a rooted Android device. Perhaps, a non-technical answer could be because they don’t have

Magisk in them. Magisk lets you hide your rooted ability from sensitive apps like banking or Netflix.

Let us know in the comment section about your personal rooting experience and your favorite rooting apps to root my android phone. 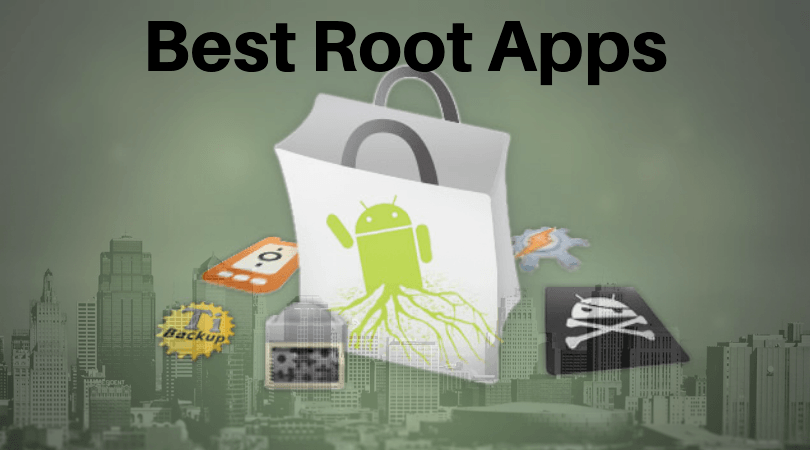