Working on an awesome operating system is too mainstream! Have you ever thought of making it more awesome? Yes, we reveal all the fantabulous secrets to make your Windows PC and MacBook a mind-blowing machine. Your recipe is quite simple, running Android apps on Windows PC and Mac OS, this is possible only by having the emulator installed. But we make your life comfortable, we bring you the best 5 Android emulators for PC Windows 7 and MacBook to run Android apps seamlessly.

There are umpteen android emulators for pc in the market, which one to choose becomes a million-dollar question.

Let’s Check Out Advantages of Best Android Emulator for PC

One of the best android emulator for pc on Windows and Mac to run Android Apps on a Computer.

The gripping aspect of Bluestacks is, it doesn’t require any virtual desktop app to install android apps, rather it uses Layer Cake technology that allows Android apps to install and run without any 3rd party software.

Once the installation process is done, Bluestacks can be launched and the Play store can be accessed to download android apps of your choice.

This one is a gem when it comes to gaming emulators. If you are a gamer and you use macOS, Droid 4X is a must for you. The best part of the best android emulator for windows 7 is the way it transforms your keyboard into a gaming controller.

The excellence it offers and the great UI it comes with is enough to titillate gamers while playing on a big screen. It runs fast, it loads fast, it is perfect for heavy gaming, and comes at zero cost.

Though Andy OS from Andyroid.net requires Virtual Box to be installed on a mac, yet it is a powerful android emulator for MacBook users.

Since it is open-source software, This android app player for pc allows the developers and users to have a free ride on fascinating apps and to run them on various devices.

The seamless sync between desktop and mobile device deserves a standing ovation.

Emulating 40 different types of Android devices is no more a far fetched thought, it is a cakewalk with the help of GenyMotion.

It does the trick for you by granting you access to all the versions of Android.

You can also make use of PC/MacBook webcam as an Android emulators camera and the hidden secret is, it integrates with macOS. If you are a developer, GenyMotion is your elixir for the variety of functionality It offers and the space it provides with unlimited features.

It is compatible with Eclipse, Android Studio, and SDK tools, thus making it the most intriguing and robust emulator.

If you have limited resources of hardware, no worries! GenyMotion emulator helps you to configure the amount of hardware that is used for running Android applications.

It directly supports networking through Ethernet and no additional configurations are required.

The striking feature of the Manymo emulator – it directly works inside the browser. This means you don’t have to install any application to run the emulator, your browser does the job for you.

On the other hand, it ceases you from playing games. Manymo android player for pc is designed for Android developers who want to test the developed android apps on a big screen whether they work as per the design or not.

All that you are expected to do is creating an account on the official website of Manymo to use the emulator.

Now, these are the 5 best Android emulators for PC Windows and Mac to run Android applications, based on the requirement and available resources, choose the best android emulators that suit your work. 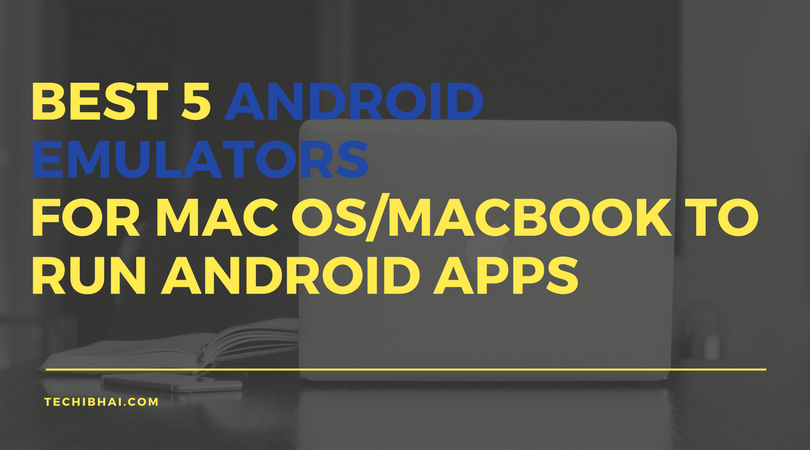