For sure, each of us uses messengers. Today, it is difficult to imagine communicating with friends and relatives without this convenient tool. It provides fast and free sending and receiving any information, both in text and voice format, as well as video. Besides, you can share photos, pictures, video files, and add cool stickers and GIF files to your messages, which makes communication more informal.

However, how often do you think about your security when using messengers? After all, today, almost everyone faces the problem of data leakage.

Therefore, we recommend using the reliable messengers of 2020. The most effective options we have collected in this list.

Utopia is a decentralized ecosystem that is available for anonymous users, as well as free from censorship. As the main foundation, it uses peer-to-peer architecture and works without a single server for information storage.

It uses separately created servers that are responsible for the storage and protection of the data. The data in them is encrypted using the Elliptic Curve25519 and 256-bit AES, which prevent any threats of data leakage.

The following Internet tools are available for use:

All sent and received messages are highly encrypted and have a specific timer. It means that the user should fix the time when the message self-destructs from both devices.

Telegram encrypted messenger app uses an open Protocol and API that is free for everyone. The service is based on MTProto encryption technology.

Data is stored on disks in encrypted form. Each cluster is encrypted with a separate key that is stored in another cluster under a different jurisdiction. For storing information, remote servers are used so that you can access messages from all devices.

User accounts are linked to phone numbers. When registering with the service and subsequent authorizations of new devices, the phone number is checked by sending an SMS message with a code or a phone call.

It is considered the fastest messaging service because it uses servers that are located near specific users.

Applications from Open Whisper Systems make it possible not only to send confidential messages but also to make calls.

Open Whisper Systems is a non-profit organization that is funded by donations and grants, as well as a large community of volunteer developers. That’s why you can get their product for free.

Open WhisperSystems distributed under an open-source license. It is the GNU and General Public License (GPL).

The project offers RedPhone apps for Android and Signal for iPhone and TextSecure Private Messenger for sending messages.

Outgoing messages in Chadder are encrypted and sent to the recipient via the Tense Private Systems server. The encryption system blocks the message before sending it and then opens it only once when it reaches its destination. Each user has the key to decrypt messages, that is why Chadder differs from other analogs of messages.

The Ghosting function automatically destroys messages after a specific time, completely removing access to them. No messages are saved without your permission.

To become a user, you need to download and install RedPhone from the Google Play, register your mobile phone number, and get a verification code in an SMS message.

If the user calls a person who does not have a RedPhone, the program will warn him about it and offer to send him an SMS invitation to use the RedPhone service. 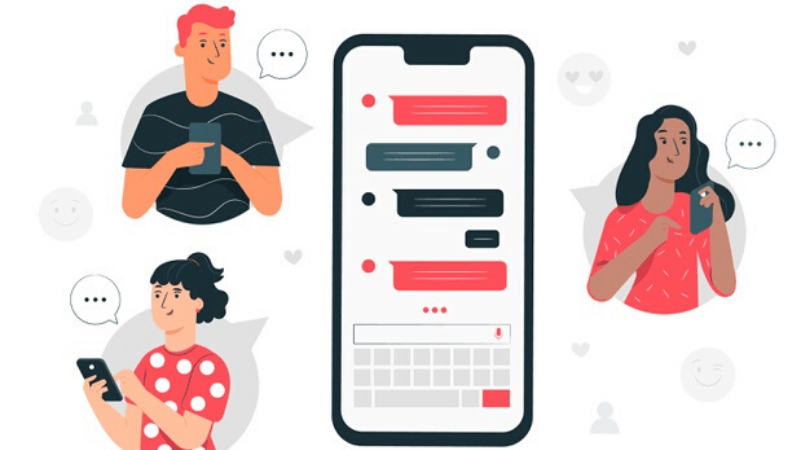