Puzzle! By hearing this word what immediately comes to our mind is sort of an activity that makes the brain function a bit faster than the way it does normally, or simply the idea of putting pieces together. Here we are introducing the 10 best puzzle games for android that do not only help you improve mental speed and thought processes but also give you the thrill and excitement you need while playing – Most of the Best brain and puzzle Android games come free for your Android devices.

Unlike most of the puzzle games, A Way to Slay is an action kind of one – ninja-style – that turns epic and extremely bloody sword fighting. You start each bout surrounded by angry foes with a penchant for getting all stabbed, better yet, all their heads chopped off.

Double-tap on any enemy and your hero zips his way over, before painting the screen red with their insiders.

The key to victory rests in figuring out the combination of moves that will help you tap your way to victory: a lone survivor surrounded by a flood of corpses.

It is top stuff, assuming you have the guts and brain for it.

Now this one bucks the trend in Android horror games. Yes, you heard horror. Just like in the movies, Friday the 13th: Killer Puzzle portrays creepy scenarios as you find your way up to the next level.

The aim in each level is to slide legendary horror icon, Jason Voorhees, into unsuspecting campers, who are then rapidly dispatched. The required pathway becomes increasingly convoluted; hazards and move limits also act as barriers to your desire to get all thrust.

The free puzzles to play on mobile, are well designed and the horror neatly lays in between icky and ridiculous. But who cares seeing your mother’s decapitated head, levitating in the corner, offering all the thrill you have come to expect of the game.

Total Party Kill is a new puzzle game that has you taking control of three different heroes: a Knight, a Mage, and a Ranger.

They each kill in various ways. The job is to figure out in which order everyone needs to be dispatched. The Knight hacks at chums with his sword, sending them flying across the screen – potentially towards otherwise inaccessible switches.

The Mag freezes companion into blocks of ice. And the Ranger uses his arrow to impale cohorts on walls. As long as one of them makes it to the exit, you are good.

The cute thing is when the escapee dances a jig while his friends lie dead, making it an entertaining and brain-smashing puzzle.

We all have at least once in our lives kissed our Android smartphones when video calling our loved ones required us to do so. Well, playing the Tricky Test might have to make you do much more than just kissing. I am not being weird, it is serious.

It is a surprising puzzle game that makes the most of the Android phone’s range of features. Talking about what you do inside the game might take the fun out of it, so let’s avoid that.

Suffice to say, you will be using many parts of your body to progress. Are you in?

A word or sentence appears on the screen and you have to figure out what to do to get the next one. You will be shaking, prodding, shouting, and dancing as you go.

It is all about thinking out of the box, as you possibly make a fool out of yourself. But hey, do not blame us! We told you at the beginning we introduce much more than just putting pieces together in the name of puzzle games.

Brain It On is an addictive physics-based puzzle game that requires you to think creatively and totally out of the box to solve each level.

Perhaps, we would say, it is in the brain-storming category, as you have to use some thinking skills. You have to draw different shapes to win each challenge in the game.

Using your finger or stylus, you must draw lines, shapes, weighted objects, or whatever else you can think of to solve the problem.

Things get progressively creative and difficult as you move on through the over 200 levels, but you must earn three stars to unlock new ones. (Stars are earned by finishing the level under the given time, and the limit of shapes.

Tiny Bubbles is a mostly meditative matching game set in the world of gloopy bubbles.

The game is rather delightful, having you figure out how to match four bubbles of the same color, which then pop, ideally in an explosive chain reaction. Sounds familiar if you have played Candy Crush, I suppose.

Complications come by way of color mixing demands, troublesome bubbles to remove, and the machinations of bubble-blowing fish.

Familiar to play, yet challenging to master! Cut the Rope 2 brings fresh challenges and unanticipated obstacles to the candy crushing, physics-based phenomenon that has delighted millions of players around the world.

Similar to Angry Birds, you will need to cut ropes with the swipe of a finger to deliver sweet treats to a lazy, insatiable frog-like creature called the Nommies, Om Nom’s new friend from Cut the Rope.

It starts easy enough but quickly picks up the pace, introducing new challenges and on different levels to spice things up. Simple and addictive, the Cut the Rope 2 is a formidable time-killer.

Sudoku is a classic Japanese game that made its way into video games quite a few years ago and being able to play Sudoku in a smartphone can be a huge sigh of relief to fans who want to stop solving these puzzles in books.

The premise of Sudoku is simple – players simply have to fill up a 9 x 9 table of numbers with the numbers one through nine. Here’s the catch, though – players can’t encounter the same number twice in any given row and column. It seems complex, right?

Sudoku – Free Classic Sudoku Puzzles takes the same principle in a massive game with a ton of Sudoku puzzles. Players can enjoy Sudoku online puzzles of various difficulties, as well as daily challenges to help sharpen their senses.

9. Puzzledom – Classic Puzzles All in One

This sophisticated game looks very complex at first glance thanks to its graphics, but Puzzledom really is simply a complication of puzzle games. Puzzledom isn’t “just” a compilation, though.

This free online puzzles game is a collection of logic puzzle games of different varieties, all sharing a minimalist theme and aesthetic that’s definitely enjoyable for anyone with a knack for puzzle games and an awesome minimalist look.

This jigsaw puzzle game is amazing, especially if you want to spend a few minutes playing different online puzzle games during your spare time, and if you’re looking for something that’s not too complicated to play and learn.

What better way to enjoy puzzle games than to enjoy a couple of them at the same time? Unlike our previous entry, Block Puzzle Box – Free Puzzle Games is a compilation of them, yes, but this time this title focuses on puzzle games that focus on hexagonal pieces.

As such, this puzzle online game includes popular types of tangram puzzle games such as tetra, Hexa, and square block puzzles

This game is perfect for those who want to play a variety of chill puzzle games that involves joining and merging blocks together. 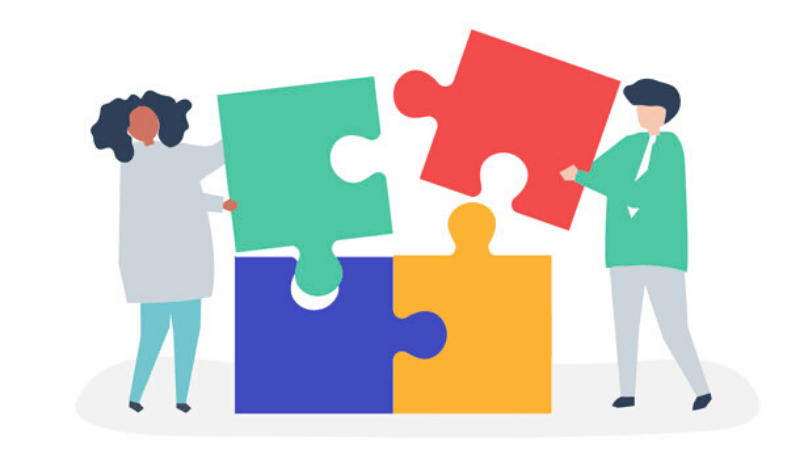