GST stands for Good and Service Tax. Of course, you know that! Goods and service tax (GST) starts in India from 1st July 2017. The biggest tax reform which replaces around 18 indirect taxes. What you don’t know is how it will affect your and my day to day life. Let’s quickly check out some GST Mobile Apps which will make your GST calculations simpler.

If you are not a salaried person yet, don’t think that GST won’t affect you. Almost all of your outings will now be costlier. The Government has increased the tax on luxury items.

For example, let’s say you went to eat out in a restaurant. You will be charged 18% of it as GST – half of it will go to State Government and another half will go to the Government of India.

That’s enough to give you a rough idea about GST.

First of all, this app is exclusively available for Android. It is as small as ~3.75MB, but the size will gradually increase once you start using it. If you didn’t understand anything which I said above, this app is the best option for you.

If you haven’t registered for GST number, you can do it via this app. The app has sufficient information about the developers and how to connect them.

You can easily find details about the latest New about GST, GST law, various forms, and GST Registration process. 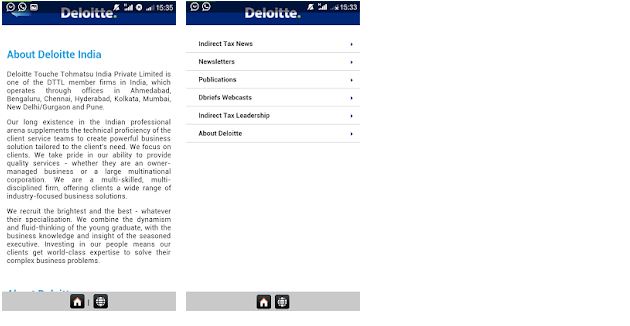 This app requires every user to register. Unfortunately, there is no way of bypassing it. There is a What’s new section which will give you freshly grooved content every time. 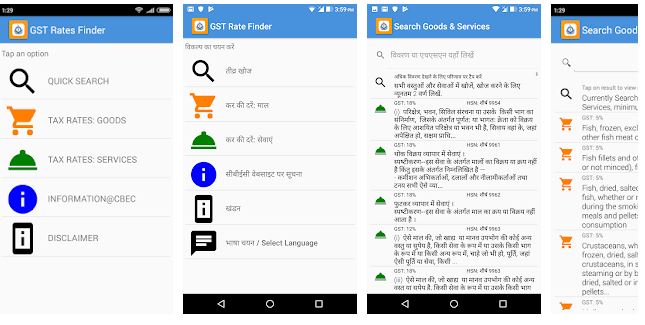 GST Rate Finder is the only tax mobile app developed by Central Board of Excise and Customs (CBEC). The Android version is only ~6.34MB and the iOS version of the app is yet to be launched.

This app is from the Government of India. Looking for the developer of the app, you can very well conclude that the app is trustworthy.

GST Helpline is developed by SAG Infotech Private Limited. The Android version is ~17.14MB and the iOS version is ~30.6MB.

This GST app contains an offline module which has Draft Act, Draft Rules, Draft forms, Final Rates, HSN/SAC Code. This app is the best app and has everything in it. Once you get accustomed to it, it will be your on-the-go app.

GST Bill India Hindi is developed by Nilesh Vavdiya. As the name suggests, all your related queries will be solved and attended in Hindi.

The size of the app in the Android version is ~5.32MB. From applying for your GST to calculating taxes for items, you can find all of them in your language in this app.

That was the list of GST Mobile Apps for Android & iOS which will help you understand and calculate GST. These apps were the best tax apps for 2019. This list was more inclined towards Android app.

You can download any of the above GST app besides the first and last apps. Let us know how the Gst Mobile apps worked for you.

Chingari App – Is this the best Alternative to TikTok?