It’s no secret that software environments are becoming more and more complex with each passing day. Things have gotten to the point where simply monitoring for known problems isn’t enough to make sure that your finished product is as stable as can be. The term “unknown unknowns” has become popular in the world of software development for a reason – oftentimes your biggest liability is a simple fact: that you don’t know what you don’t know.

This, in essence, is why concepts like observability are so important. Modern architectures are growing more complex in a way that is simply evolving faster than our own ability to predict what might go wrong.

Observability is a way to answer all of the important questions you have relating to these matters, all without needing to ship new code at the same time.

How Observability Differs From Monitoring: What You Need to Know

On the surface, observability and monitoring may seem like closely related concepts – to the point where many often use the two terms interchangeably. But in reality, an examination of observability vs monitoring reveals many more differences than you may have realized.

Monitoring is something that software developers do within the context of applications and systems as a way to maintain superior visibility into their current state. This can include but is certainly not limited to techniques like basic fitness tests, proactive performance health checks, and more.

Is your application up or down? Have any problems or irregular activities been detected? Did something recently change, causing unexpected behavior elsewhere within the pipeline?

Monitoring will tell you all of these things and because of that, it acts as a viable way to begin the troubleshooting process to find both the actual cause of problems and important trends regarding performance that develop over time.

Note that this is similar to a concept called distributed tracing, although that particular term comes from a slightly different point of view. Distributed tracing is a method used to both profile and monitor applications, but it is particularly helpful for those built using a microservices environment.

Microservices architecture is one where an application is actually structured as a collection of smaller services that are loosely coupled, independently deployable, and organized around business capabilities.

In architecture as inherently complex as that one with so many “moving parts,” distributed tracing is a perfect way to pinpoint exactly where failures occur and what issues are causing poor performance, all so that you can put a stop to them as soon as possible.

Observability, on the other hand, is something a bit different. Here, you’re talking about a comprehensive measure of the internal state of an application or system as inferred by what you know about its external outputs.

To put it another way, you’re learning more about what is happening inside of a system by observing what is going on outside of it.

To continue with the microservices example, the outputs in this scenario would be telemetry data sources like logs, metrics, and traces. Note that this is also true for other types of distributed systems, with serverless and service meshes being two prime examples.

In a larger sense, monitoring is important for maintaining the ongoing quality of a piece of software or some other tech-based system.

If something breaks, the right monitoring tools will let you know this immediately – all so that you can not only fix it but uncover the root cause to prevent it from happening again.

Observability is more about the ongoing development of the product. An observable system is one that immediately gives you insight into opportunities for feature improvements or usability enhancements. It helps you uncover issues, yes – but it’s also critical in terms of deploying new code, debugging CI issues, triaging production incidents, and much, much more.

The Many Advantages of an Observable Environment

When a system is built with observability in mind, it brings with it a host of unique benefits that you would be hard-pressed to replicate through other means.

Within this type of environment, literally anyone on a development team can easily move from “effect” (meaning a problem that has developed, for example) to “cause” (meaning the reason why that problem occurred) within the actual production system itself.

Typically, starting with the end effect and working your way backward to the cause requires many steps.

Observability, therefore, acts as something of a roadmap, allowing you to make sure you’re moving from one step to the next in the most efficient way possible given your end goal.

But more than that, ANYONE on a team has access to this same insight, creating a situation that truly supports and empowers the development environment.

In the end, this all gels to form the most important benefit of all: giving you as much confidence in the software you’re releasing as possible. This is true regardless of how complex and far-reaching your development environment – and indeed, your end product – becomes over time. 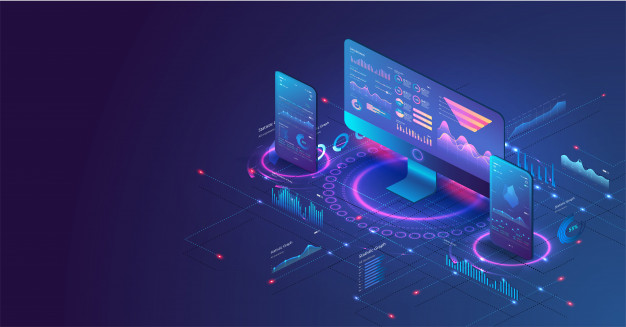