As per a report by Adobe, “38% of people will stop engaging with a website if the content or layout is unattractive.” No wonder then that there’s much competitiveness when it comes to creating a website that will go up against on the World Wide Web against many others to vye for a visitor’s attention. But thanks to web application frameworks, building attractive websites is no longer so tedious.

Web frameworks are so important today that most interviews for a developer role revolve around web application questions.

There are several web frameworks in the market with their unique specifications, pros, and cons. On the internet, there are many web application questions and answers centered around choosing the right framework.

In this blog, we will take a look at the top five web application frameworks that are most popular.

TJ Holowaychuk founded Express.js in 2010 and then passed the ownership to the company StrongLoop. Notably, StrongLoop was acquired by IBM in 2015, making IBM the current owner of Express.js, which is a minimal, fast, and flexible framework that can support web and mobile applications.

The Express framework is built on top of Node.js and is becoming popular among corporate companies today. Express.js works on the Node.js’ middleware module called Connect. Any middleware component that works with Connect will also work with Express.js.

It leverages the splendid performance of the asynchronous Node.js and facilitates the rapid development of web applications, especially the ones that are based on Node.js. Express.js has several out-of-the-box tools that can help develop complex solutions with minimal coding.

Express.js is commonly used as a backend tool for the MEAN stack, which is a JavaScript software stack that is free and open-source. The components in MEAN stack are MongoDB, Express.js and Angular.js ad Node.js; hence, the name MEAN.

Some of the remarkable advantages of Express.js include:

Django is a web development framework based on a model-view-template using Python. Django is too stringent on security and helps developers to avoid any security-related mistakes.

Scalability is the highlight of Django allowing sites to quickly and flexibly scale. Django follows the philosophy of “batteries-included,” which states that all standard functionalities for developing web applications should come built-in with the framework and not as separate libraries.

For example, Django has a built-in library for caching so that developers can enable caching at the code level. Django Rest Framework (DRF) is an extremely robust RESTFul API engine that helps other applications to use Django API easily.

Django uses a compelling ORM model (object-relational-mapping), which makes the process of handling and querying the database a child’s play. Django developers can, thus, entirely focus on development without worrying about the database or SQL to fetch data from it. With the ORM layer, you can write all the table definitions in one go in simple Python code, and it takes care of translating it to the appropriate query language chosen.

Rod Johnson first developed the Spring framework and released it in June 2003. It is now owned by Pivotal Software.

Spring framework is a model-view-controller design based on Java and is mainly used in the development of backend. Spring simplifies the creation of J2EE apps. Spring is architecturally a framework or frameworks, and acts as a master framework to various Java-based frameworks like Tapestry, Struts, Hibernate and EJB. Spring is lightweight, and the basic version of the Spring framework comes to around 2MB.

Like Django, Spring also has a sound ORM module to access data from databases. Spring ORM (object-relational-mapping) has APIs for managing databases with JDO, iBatis, and Hibernate.

Spring is a framework based on aspect-oriented programming (AOP), which breaks down the whole project into aspects or concerns. The aspects are conceptually segregated, and the division line is based on the application’s business logic. Logging, transaction management, caching, security, etc., are some excellent examples of aspects.

Spring Architecture: Spring’s model-view-controller (MVC) has a pretty solid working architecture. MVC segregates the code of model and the view components of the front-end. When a user is on the web application, he generates a request from the browser.

Angular was initially developed by Misko Hevery and Adam Abrons and is owned by Google today. Angular is a marvelous front-end framework that can be used to build rich single-page applications.

Angular offers a rich set of functions along with high flexibility that makes it one of the most popular front-end languages in the market today. Angular runs with Typescript support, which can help developers build gigantic bulky applications with ease.

Components classes are written to manage the templates by adding application logic in services and then boxing components and services into modules. The front-end web application is launched by bootstrapping the root module.

Once bootstrapped, Angular takes over the browser application content completely and manages and responds to user interactions as per the code written.

Vue was created by Evan You and is still maintained by him and his team. Evan wanted to create something light when he was working with AnjularJS, so he extracted what he wanted and built his framework, which he later named Vue. The framework was first released in February 2014 and is now a rising star among front-end web developers.

Vue’s working architecture: Vue.js works with powerful API, a sound routing system, and events. Vue is divided into a core segment and modules. The core segment will have files that will be common to all modules.

Examples of core APIs include sign in, user page language, session handling, logoff, etc. The modules segment is structured into:

Components: Contains all components related to the given module

This completes the list of five web application frameworks most commonly used by web developers.

Have more web application questions and answers to know? Then you can search for interesting questions about web applications on discussion forums like Quora, Discuss, or App-focussed forums where your queries can be answered by peers and experts in the field. 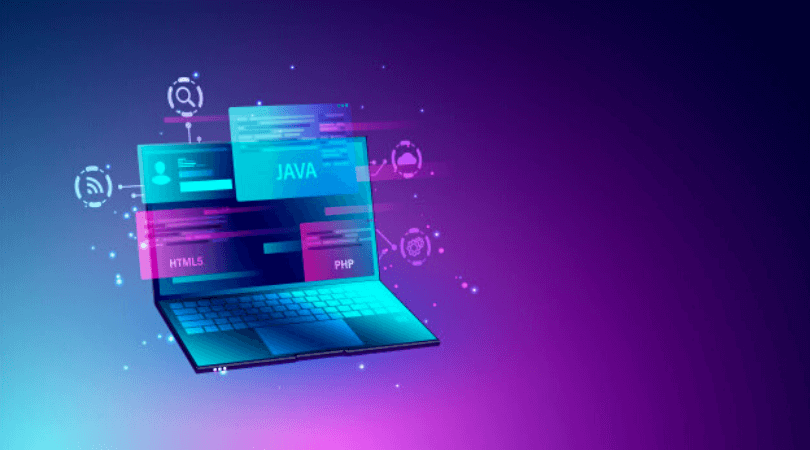