If you were to list five of your favorite video games, which one would you start with? I don’t know but I guess the Clash of Clans will feature in your list.

This is a freemium mobile technique play designed by supercells. This was made available first on iOS back in August of 2012 and on Google Play a year later.

The game is fantasy-based where you assume the role of the village chief. You have to develop your own town from the resources you will acquire by raiding other players through the fighting aspect of the game. Among the resources scrambled for is Gold. Why then is it called Clash of Clans?

Well, because players can come together to form a clan. This is a team consisting of a maximum of 50 individuals who can take part in clan wars, share troops and constantly communicate.

Simply put, this is a multiplayer game that requires players to create communities known us, clans, train their troops and raid other players in order to get resources.

Generally, it involves four main currencies. Gold and elixir are supposed to be used in developing and reloading defenses. This mainly for protection against counter-attacks.

Other resources include Elixir and dark elixir. They are also important in training and developing troops. Ever since the game was launched, it has gained tremendous popularity.

Though it has seven years of existence, it is still trending. In our discussion here today we want to examine the reasons why the game is just so popular.

Why Is the Clash of Clans so Popular?

At the moment, the clash of clans has a total of 48,900,589 user reviews with an average of 4.6-star rating. What can we attribute such an excellent reputation? In response to that question, we looked at five reasons why the game so popular and addictive. Continue reading…

It is a free game.

Even though there are other premium features, the clash of clans can be played free of charge. I guess we are all lovers of a freebie, more so in games.

The fact that you can actually get such an intuitive play without parting way with your dollars is quite appealing. It does not matter the number of times you play, this action game for android is absolutely free. It is due to this reason that individuals get back to it over and over again.

Playing is quite easy.

One good thing about this game is that it is very flexible. You can successfully play it irrespective of where you may be. Whether on-road, in a gathering, in a matatu… even in the toilet if you want.

The game features easy touch controls with an interface that directs the player in their choices.

In addition, the game is simply designed with a high possibility of gaining rewards faster. This is yet another reason individuals cannot just put it down.

Clash of Clans game available in Android and for iOS device, as well as You too can Play Clash of Clans on Your PC and be successful just like many.

Many are born competitive. We are characterized by the desire to win in every situation that confronts us. Clash of clans provides an avenue of fulfilling such needs.

It unleashes you to a challenging encounter but also rewards you in case you win.

It is a social game.

Do you have friends with whom you share a competitive nature? Then this is the right place you should be. The game was meant for individuals to come together, interact and for a team in order to collect resources.

You will come across so many people in this game.

Even if you fail to get someone to team up with, this game is designed for social interaction and in a short while you will be acquainted with other individuals.

Many people get addicted to the excellent friendly competitions that characterize the battles. If you haven’t tried clash of clans, you are missing a lot…

The game is quite unpredictable.

Many games are predictable and this deprives them of fun. But the clash of clans is very different. The battle is very unpredictable.

Your opponents, the troops you have as well as the spells you get to the war makes the atmosphere quite unpredictable. Every phase of the game brings comes with a surprise.

Clash of clans has a lot of players from different parts of the world. Join them and build your own dynasty. You will enjoy the experience.

The game is very flexible with a lot of attractive features.

It continues to gain more popularity with time.

Give it a try! 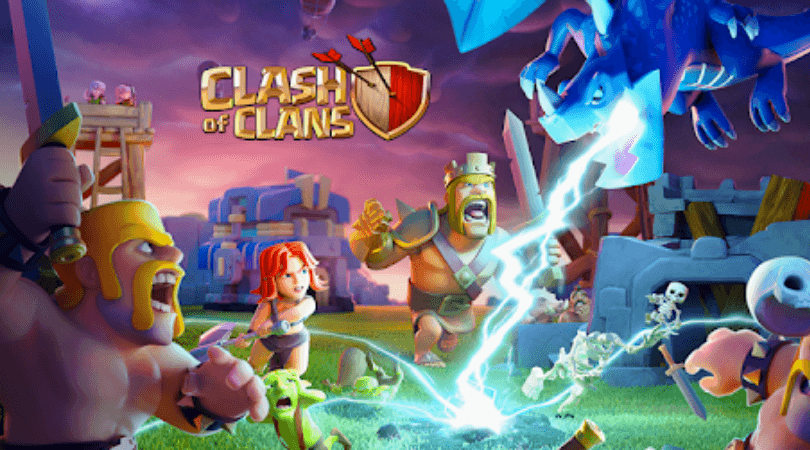 1 thought on “Why Is Clash of Clans so Popular?”