We have gone through quite a lot of trouble to curate this list of Free Emoji Apps which is present at both Google Play Store as well as App Store.

We are shifting online. From work to keeping in touch with our near ones. However, digital media is also advancing day by day. It is advancing at a breath neck speed. We started off with simple text messages, and here we are at literally sending everything.

Messaging has also advanced amazingly. Sometimes I find it difficult to cope with this speed. Initially, the need for sending necessary things (document, video, audio, images, etc.) were met. Now, emojis have surfaced. Using emoji is a new way of chatting. I often find my friends enquiring about ‘How do I get emoticons on my Android’ or ‘How do I add emoji keyboard to my iPhone’.

Looking at the almost even distribution of Android and iOS users around me, I have curated a list of best Emoji Apps that be downloaded on both the platforms.

SwiftKey is quite a well-known keyboard for normal keyboard purposes as well as emojis. It is developed by SwiftKey. One of the best Android keyboard app for your iPhone or Android smartphone that comes preloaded with hundreds of emojis, Gifs, Stickers that you can use in your day to day texting.

SwiftKey is a super fast and customizable emoji texting keyboard that comes with a bunch of great features. Which includes their diversity of emoji options.

One of the best things about this app is, It uses Artificial Intelligence that automatically learns your writing style. The Android version is ~ 50MB and the iOS version is ~ 100MB.

Facemoji Emoji Keyboard that comes with built-in thousands of free emojis for texting. Easily you can easily choose any of your favorite stickers, Emojis, GIFS and send them to your friends to express your feelings. As it works with Android and iOS both devices, you can bring a lot of fun to your message by using some interesting emojis.

Facemoji  is an amazing best emoji keyboard for Android and iOS users with more than 3600+ Emoji, emoticons, GIFs, stickers.

Bitmoji is another popular free and best emoji apps for both Android and iOS users. This emoji keyboard app has features to make your personalized and unique emoji collection.

You can finally make your own avatar the way you want it!!

Bitmoji ’s collection of free emojis keeps expanding every day so you have something new to use in your texts, Whatsapp, SnapChat, etc every day. 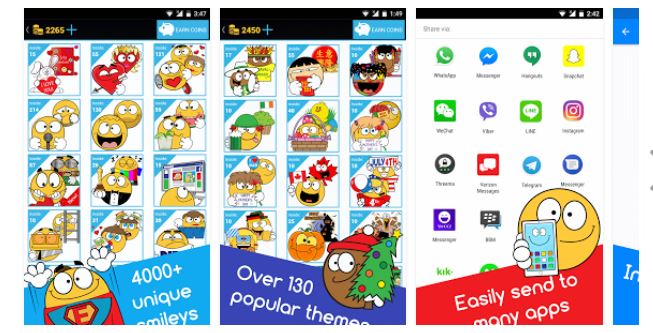 Emojidom Smileys requires you to register via a Gmail ID. This emoji for android supports almost all of the instant messaging apps you can think of.

It is developed by PlantPurple. 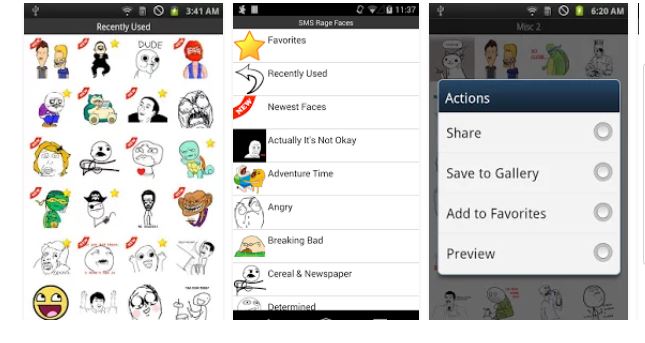 SMS Rage Faces is filled with 3000+ faces and memes to keep you entertained. The list keeps on increasing. This Emoji App have a huge database that surely qualifies the app as the best emoji app for Android or iPhone.

You can create a list of your favorite emojis, funny emojis, texting icons and you can share across different social media platforms. 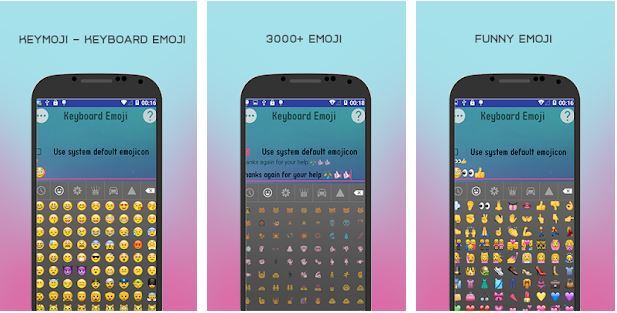 Note1: All these Free Emoji Apps are huge in size. Make sure you have 50MB in Android and 100MB in iOS to install it.

I hope this article will stop you from asking ‘What is the app for new Emojis?’ now! The above-mentioned list of Best Free Emoji apps for iPhone and Android smartphones has been made after a good research.

Also, I would love to know if you have any other emojis app for Android or iOS (or either one of the platform).

Don’t feel shy and share them with our readers in the comments below.