It is no secret that road accidents have continued to have a high fatality rate, and in some instances, they can cause life long injuries that can be a financial as well as an emotional burden. With all the advancement in technology, there are certain measures as well as investments that one can make to avoid or at least manage such unforeseen circumstances.

Dashcams, otherwise known as dashboard cameras, Event Data Recorders (EDR), or car Digital Video Recorders (DVRs) are recording devices mounted inside vehicles for the purpose of recording the sights and sounds in and around a vehicle as it is being driven.

Despite their name, these cameras are mounted more often on car windshields. They turn on automatically as the engine of the car is switched on. Some dashcams can go so far as to record the speed at which the vehicle is being driven as well as track the vehicle’s location via GPS.

The footage recorded is saved on an internal storage device such as a Memory card or Micro SD card and is often used as important evidence in cases of road accidents or to settle insurance claims. With this in mind, the question that arises is, do they help in maintaining road safety?

Road Safety and the Advantages of Using Dashcams

Most road accidents arise from rash and careless driving. We have all observed the kind of behavior that constitutes this: people who drive over the speed limit, drivers who change lanes rapidly, and without the right indications and drivers who tailgate, to name a few.

With dashcam recordings as evidence, it is easier for the police to identify people who are breaking traffic rules and, therefore, enforce the law in a much more effective manner.

The installation of dashcams in public vehicles is compulsory in most Western countries. The practice is gaining popularity in others as it is an efficient tool for criminal and legal investigation.

Apart from being used as forensic evidence, the presence of dashcams could encourage people to be better drivers. The knowledge that they are being recorded by the dashcam might lead to people being more cautious while they are on the road.

Speeding and ignoring road signs are extremely common behaviors that often cause accidents, and if the presence of the device results in drivers adhering to traffic rules and slowing down, that in itself is enough reason to promote the installation of dashcams.

Indeed, dashcams with integrated telematics systems are used by several businesses in order to monitor the way their employees drive and safeguard their vehicles, especially in the transport sector.

It has been found to be effective in making drivers a lot more attentive, not just to the speed at which they are driving, but also to road signs and to other vehicles on the road.

Considering the large amount of money that might be spent by a company in the repair of its vehicles damaged in road accidents and in possible compensation of damage caused to others in said accidents, not to mention cases of auto insurance fraud, a dashcam is a wise investment.

Dashcams are also incredibly useful for anyone looking to keep a watchful eye over a loved one who is learning to drive.

Especially in the case of parents who are anxious about their teenage children driving on their own for the first time, they can be used not only to supervise them but also to offer them valuable feedback that might help prevent future mishaps.

Is There a Growing Market for Dashcams?

The first use of video recording devices in cars was done by the police in the late 1980s in certain parts of America. The cameras were large, clunky, extremely expensive, and recorded grainy footage that was stored on VHS cassettes. We have come a long way since then.

Dashcams today capture high-resolution images and come in many models.

The two main types are of a single channel view or multiple channels with synchronized front and rear-view recording.

They have a variety of features such as the ability to record speed and acceleration of the vehicle, an inbuilt GPS tracker; some even possess night vision via infra-red imaging. Hours of footage can be stored depending on the camera model. Automatic time and location stamps on the recordings makes it difficult to tamper with them.

With rapid advancements in technology, it has become cheaper and easier to manufacture high-quality dashboard cameras than ever before. The obvious benefits of using dashcams mean that the demand for them in the market can only grow.

According to a new Global Info Research (GIR) study, the average market price of commercial dashcams is in a decreasing trend, and the worldwide market is expected to grow rapidly in the next five years. While currently most widely used in Russia, North America, and countries in Europe, it is projected that the popularity of dashcams in other parts of the world is increasing.

The widespread use of dashcams by law-enforcement agencies further encourages businesses and the general public to invest in them.

In fact, several auto insurance companies have started offering deals and discounts on insurance schemes as an incentive for people to invest in these devices.

The Future of Dashcam Manufacturing

The market for dashcams is moderately competitive. The growing demand has led to great innovation amongst manufacturers of dashcams. The more sophisticated models have additional features that go beyond simply recording.

Dashcams are becoming smarter, with programs that detect blind-spots, help identify and avoid collisions, and have in-built lane departure warning systems. Some models can be connected via wireless networks to the user’s smartphone, where the recorded footage can be viewed with ease.

With an increase in the number of people world over who own vehicles or operate vehicles as part of their business, there is an increase in demand for safer roads and for technology that can make this more feasible. Dashcams fill an important niche in this space.

As they rapidly become more affordable for both producer and consumer, the demand for them continues to grow. The contribution of dashcams towards road safety cannot be overstated.

Their innovative and easy-to-use design makes them an obvious choice for anyone looking to improve their driving experience and their overall quality of life. 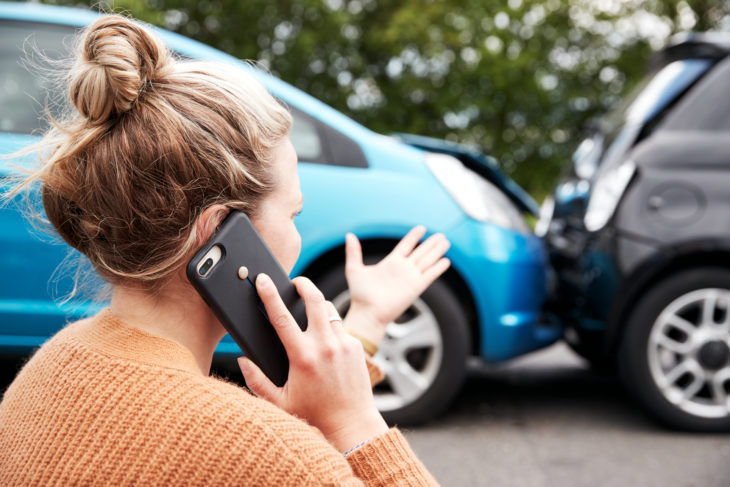