This article will mention some of the best Showbox alternatives for android and iOS for streaming movies and TV shows.

The availability of platforms like Showbox has transformed our movie-watching experience into a child’s play. From a plethora of decisions that needed to be made and convincing our parents to let us outside for those three hours to an i-am-bored-lets-watch-a-movie, Showbox has tilted the scales in our favour.

If you don’t know what I am talking about, Showbox is an app that allows you to watch Showbox movies online, Showbox free movies and TV shows on your device.

However, many people have not been able to use the app on their devices due to a lack of downloading options or some reasons unexplored.

So, the next time you are waiting for your BFF in a café with free Wifi or waiting at the airport for your AirIndia flight to take off, you don’t need to look any further.

The app that comes the closest to a Showbox experience is Playbox. In fact, the developers have done such a neat job with it that had it not been for a difference in colors, you would have a hard time believing you are not on Showbox. It is one of the best movie downloader for Android.

The playbox hd app allows you to browse through a lot of content in the form of movies, anime, cartoons, and TV series that are available for streaming on your Android device without having to download a single file.

The app supports older versions of Android as well, although it is not available on the Play store. You will need to download the app on your device from its website.

The app also supports ‘Kids mode’ so you can be sure about the content that your kid watches. The ability to movie stream on TV through Chromecast is another USP for the app.

The app definitely does justice to its name by packing mega content into a compact box. A superb alternative to the Showbox app that makes you feel comfortable with its breezy interface and structured format.

The Megabox app allows you to select the best video quality between 360p and 720p according to the speed of your internet connection and boasts of a terrific server that does not have any lags to enable a buffer-free watching experience.

There is also a feature that allows you to download and watch your favorite movies to a section so you can watch them anytime.

Other than the sheer number of ad interruptions that spoil your watching experience, the megabox hd app has no other drawbacks.

MovieBox allows you to both download and stream movies on your smartphone without paying a penny. It is one of the most popular apps that work seamlessly across multiple platforms like iOS, Android, and Windows.

MovieBox App Russian along with English – an advantage that earns it some valuable brownie points. The app is known for quickly coming out with the latest flicks and episodes of your favorite TV shows and download movies in high quality.

The app has a built-in feature of trailer preview that makes it a must for you to watch the trailer of the movie or the episode before you can watch the complete version.

It is a one-stop destination for all your entertainment needs be it Hollywood movies or hit TV shows. Crackle also boasts of some exclusive content, similar to Netflix, tailored for its viewers in the form of Crackle Originals.

The app has more than 20 million registered users and is definitely a powerhouse of content. The app also supports connecting to a smart TV at your home and is one of the major perks that the app offers.

The content on this app gets updated every 30 days which means you will have to wait for at least a month to get your latest action but the quality of content makes up for the lag in time.

The app also has subtitles in multiple languages so language is no longer a hindrance to entertainment. You can download this app from the google play store

This is an aggregator app that combines the stream from all popular sources such as Amazon, Netflix & iTunes in an organized format and brings it to your device.

The app does not stream from sources that you haven’t ever heard about from anyone. It has a very clean, easy to use UX/UI which works just as efficiently on Android as it does on iOS.

The streaming capabilities linked to the app are stellar, to say the least. The compact size of the app makes sure that you don’t run out of device storage.

CinemaBox is not just another run-of-the-mill alternative to the Showbox application, it is one of the best apps you could use for your entertainment purposes.

The cinema apk boasts extraordinary features such as HD quality movies and a range of subtitles.

The spectacular collection of movies keeps getting updated on a regular basis and viewers are allowed to stream and download the latest movies and TV series absolutely free.

The cinema box app is not available on the Play store and an APK file has to be downloaded from the Internet separately.

Most platforms create a website first and then move on to an app but Hulu did the complete opposite. The developers first created an app and later also created a website to attract more users.

The app allows viewers to watch movies and TV shows free of cost along with the additional capability of allowing users to watch Live TV from their devices.

The popularity of this app has been on the rise due to its impressive collection of movies and TV shows that are updated at regular intervals. It is also compatible with Chromecast and users can greatly enhance their viewing experience by using a big screen.

With a name that aptly summarises your favorite viewing experience, Popcorn time is increasingly being seen as Showbox Alternatives.

While most other similar to Showbox apps on the list offer support for the more conventional platforms such as iOS and Android, this app also offers support for Linux.

Another advantage of using this app is that it allows you to tweak languages and interface as per your preference. Users can connect to a SmartTV at their home and this cross-compatibility makes it a popular alternative.

The developers are working to remove bugs as frequent crashes have been reported by users worldwide.

When it comes to the live streaming of Bollywood/Hollywood movies or TV shows, nothing beats premium streaming service providers like Showbox, Amazon prime, NetFlix, Hotstar and etc. However, like all great things, All Streaming services have a few negative points.

Therefore as promised at the beginning of the article we have highlighted the best Showbox alternatives. 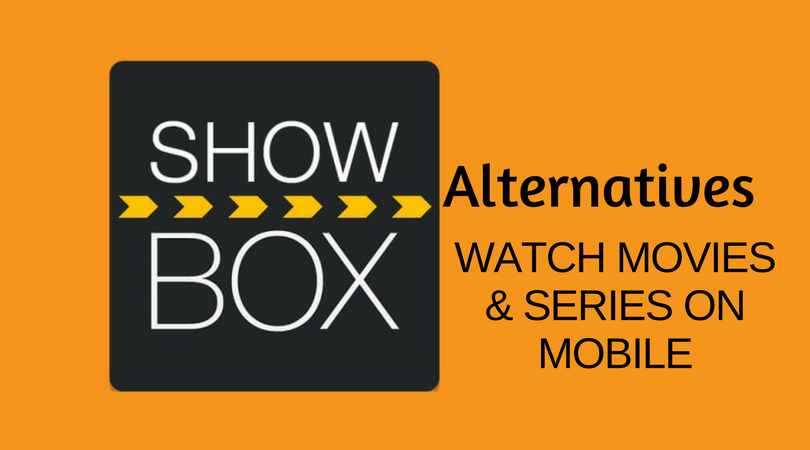