Reliance Jio is not a new name for any internet user. If you are an internet user, and you are not aware of Reliance Jio, you are probably a caveman. But don’t worry, once you read this post till the end, you will no longer be a caveman in this regard.

Reliance Jio is the 4G network of Reliance. With the launch of Jio, there has been a massive commotion in the market. Firstly, because 4G is a new thing and it is shockingly cheap!

Data packs have been always known to take away huge chunks of money from users, whereas Jio was launched with a very less/negligible pricing. Secondly, these cheap data packs have forced the loyal customers of other telcos (Ex. Airtel, Vodafone, BSNL, etc) to port to Reliance or get a Jio SIM.

Last Saturday there was a news which said Jio SIM is to be given to customers free of cost! Yes, it is shocking to believe this piece of news. But it is true! In a country like India, where the youth comprises the maximum part of the population, you can now imagine what could have happened at Reliance stores from Saturday.

However, these stores came up with innovative measures to curb the crowd yet distribute the SIM cards peacefully. Besides, the Jio SIM also offers talk time and a specific number of messages for every user. Isn’t that quite impressive?

For you to get a Reliance Jio SIM card now, you will need a couple of documents – ID proof, Address Proof, PAN Card number, and mobile bill receipt (in some stores).

You will need a xerox of all the above-mentioned documents along with 2 passport sized photographs. Do note to take freshly xeroxed documents (along with the originals) to the store.

Make sure your xerox copies have not been folded. The store personnel might make a fuss about it. You have to carry a code that will be generated by the MyJio app. We have demonstrated that later.

As days passed by, Reliance kept on adding one phone brand after the other which could avail Reliance Jio offer. We will list down the phones (brand-wise) here.

Is your phone on the list? You can have a happy dance. If your phone is not on the list, don’t worry. You can still get the SIM. Be with us till the end 😉

How to generate the code with MyJio app?

Step 2: Open the MyJio app and hit the ‘Install’ all button to download the 11 accompanying app one-by-one from Play Store.

Step 3: Once all the 11 apps are downloaded, switch off Mobile Data or WiFi.

Step 4: Open the MyJio app and hit ‘Get Jio SIM‘

Step 5: There will be a network issue

Step 6: Go to Settings and Force Stop the MyJio app and Clear Data

Step 7: Switch on Mobile Data/ Wi-Fi, open the MyJio app and click on Get Jio SIM

Step 8: You will get an idea of what documents you need to carry from here as well. Feed your location.

Step 9: Once the bar code is generated, quickly take a screenshot.

Reliance JioFi – What is it and its pricing

Reliance JioFi is a small portable hotspot device that comes with a Reliance Jio SIM card. You can buy it from the nearest Reliance Digital or Reliance Digital Xpress Mini Store. In order to get you, JioFi activated carry ID proof, address proof, and a passport-sized photo with you. It has a rechargeable battery and you can use it for your phone, tablet, laptop, etc.

Once the number is activated, you have to call 180089011977 for final verification over the phone. Once done, wait until your device is activated. Initially, the JioFi took a day or two to be activated.

Now it may extend up to a week to get activated. The JioFi lets you use the Jio app on the phone to make calls or send text messages.

You can use the SIM card of other telcos on this device as well. The Reliance JioFi is currently priced at Rs. 2,899 and the preview offer will be for 90 days (unless the Reliance Jio is launched officially prior to that).

There has been no word about the commercial launch till now. There is a rumor about Reliance Jio launching on 1st September i.e. tomorrow. You can keep your happy dance on hold till Mr. Ambani confirms it.

That’s all about Reliance Jio and why it has created a massive commotion among the telcos and in the market. If we missed out on anything, tell us in the comments below.

For more Informative about Reliance Jio, 4G Tariff Plans you can check out here. 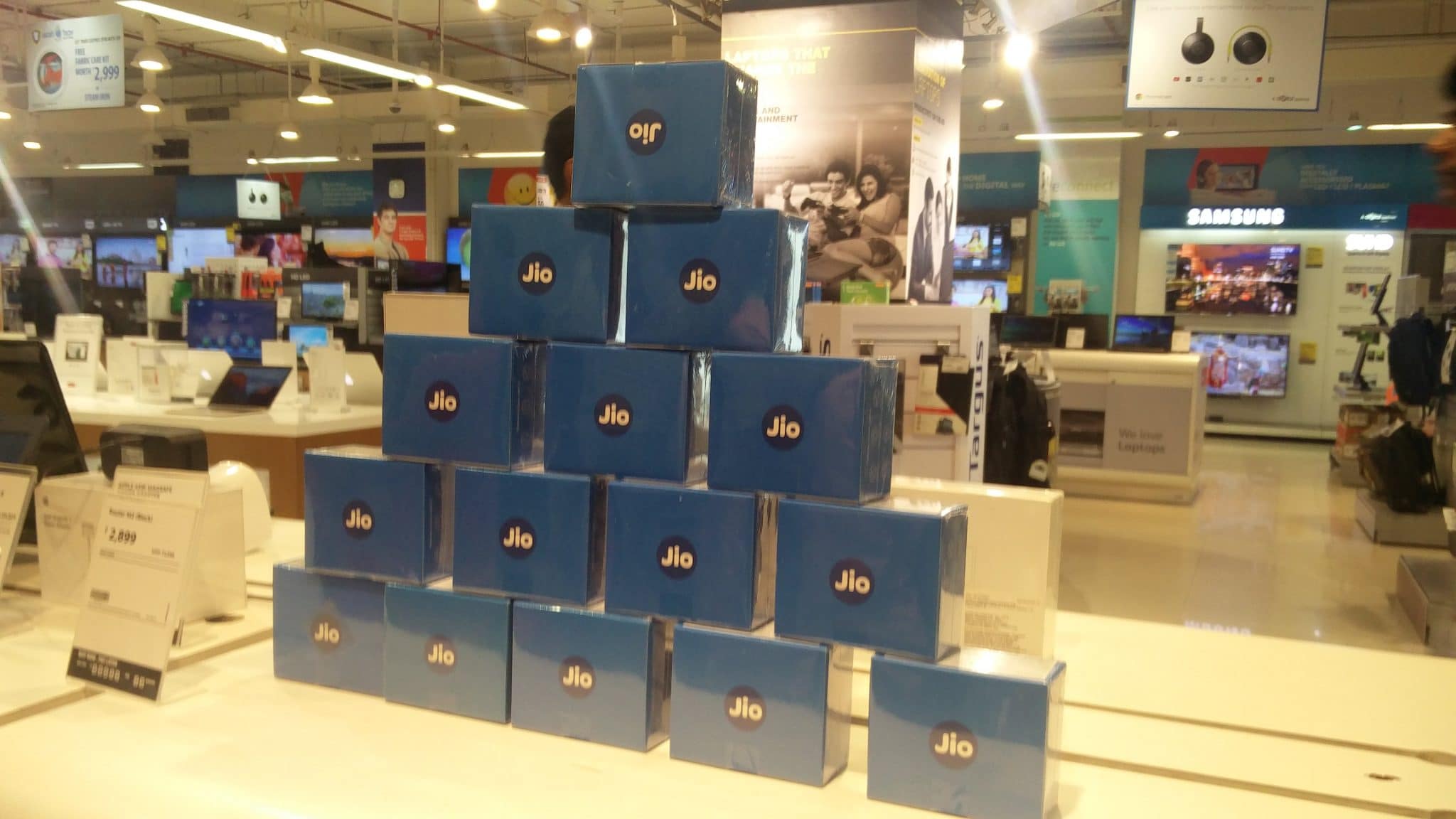 4 thoughts on “Reliance Jio – Everything you need to know”